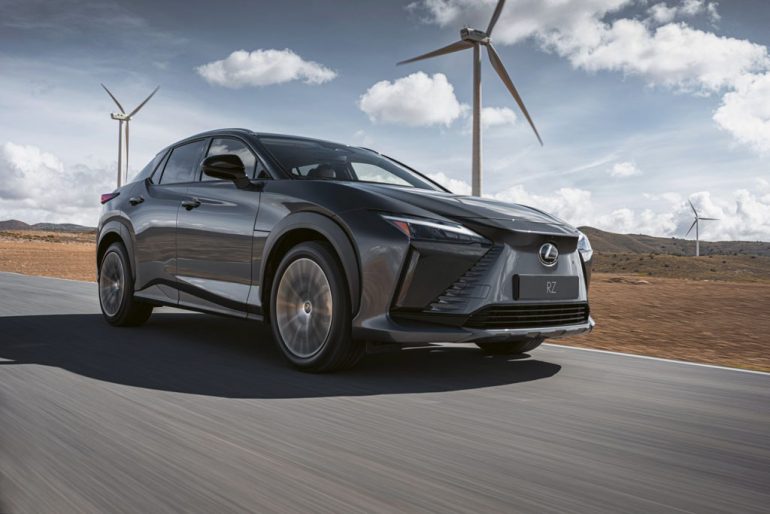 Lexus is entering into the fray of mainstream luxury electric vehicles (EV) with the introduction of the new 2023 Lexus RZ 450e crossover today. The Lexus RZ marks the first EV developed for global markets, which is something that may be rather trendy for Lexus in the years to come as they move to a fully electric lineup around the world by 2035.

The new 2023 Lexus RZ 450e is expected to be a vehicle that moves the EV needle for luxury vehicles that are somewhat affordable because of its global reach. The RZ 450e is a new creation from the ground up and will only be in EV form borrowing some of the architecture from the recently introduced Toyota bZ4X. 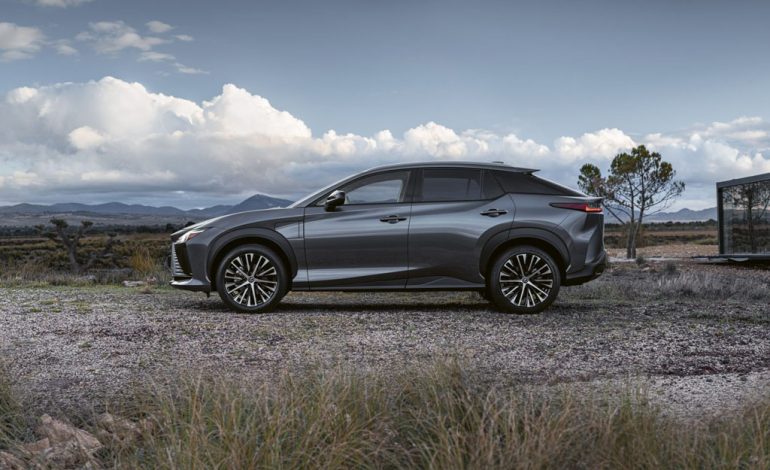 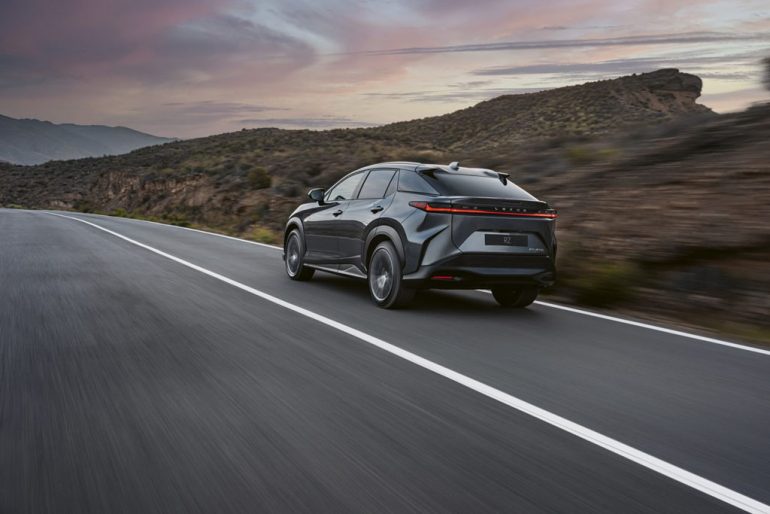 The design and proportions look familiar for the Lexus brand language but slightly do away with the traditional spindle grille for a body-colored facia where a large grille isn’t required, because EV! Other cues throughout are recognizably Lexus and take note of where they needed to go when you compare it to the current gas-burning Lexus RX. The RZ is actually larger than the RX for its overall length but about 3 inches shorter than the RX’s height. Inside you’ll find a more minimalistic layout but some familiar parts from vehicles like the new Lexus NX using the same 14-inch touchscreen infotainment system interface. 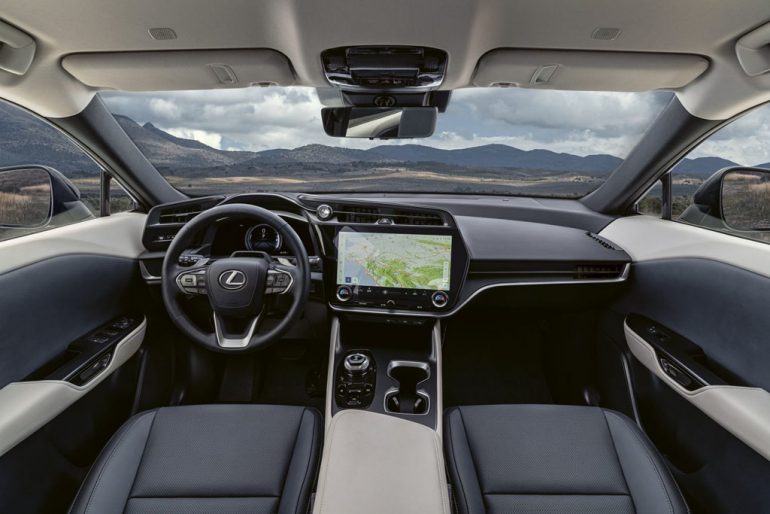 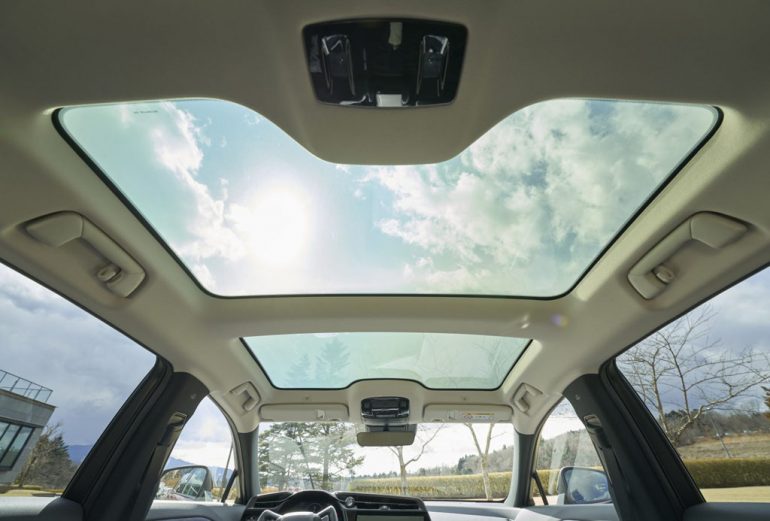 To get to the parts that matter because the new Lexus RZ is their first attempt at midsized EV luxury, there’s a pair of electric motors powered by a 71.4-kilowatt-hour lithium-ion battery pack. One motor at the front produces 201 horsepower and one at the rear axle generates 107 horsepower. Lexus doesn’t give a total power output figure but with those numbers, the RZ should do well out on the road and out-accelerate the current RX 350. Torque split is the range of 60:40 and 40:60 (front/rear) while the system will direct a rear bias power between 50% and 80% to the rears when executing a powered turn. 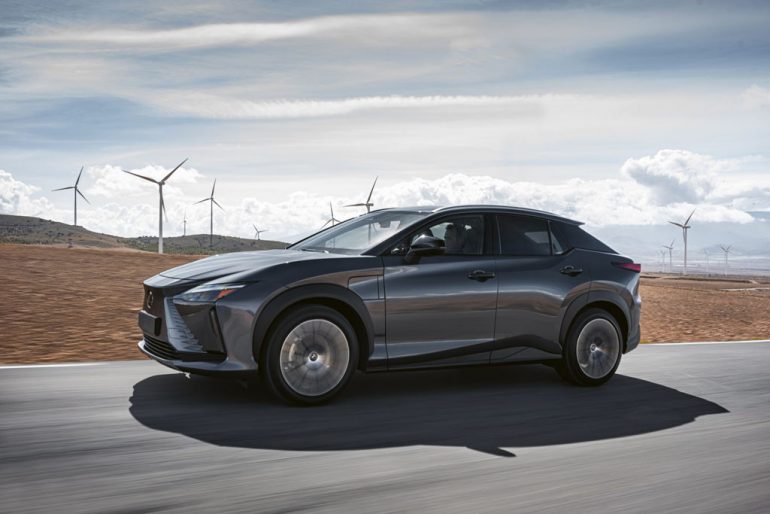 An optional steer-by-wire setup will make maneuvers like U-turns easier and potentially opt for a yoke-type steering wheel, which may not require much steering effort or degree-of-turn to make the best use of such a unique design. We will have to report on any updates and conformations of this at a later date! 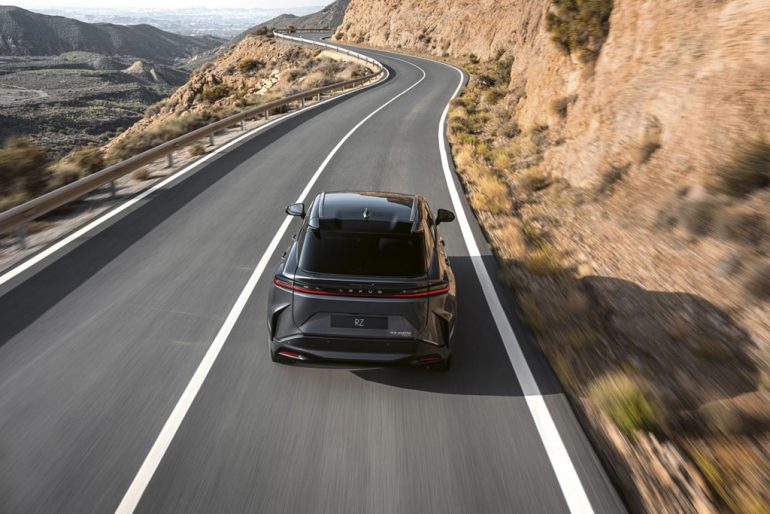 The range of the new Lexus RX 450e is set at 225 miles but nothing official has been released from the EPA as of yet. Hopefully, that range number is a conservative estimate from Lexus, and we could see it best the Toyota bZ4X’s 252-mile range. 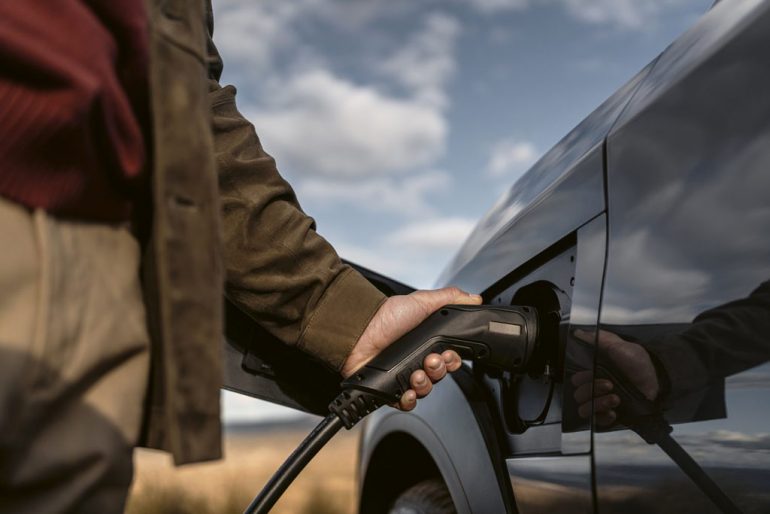 The 2023 Lexus RZ 450e will hit dealerships at the end of 2022 with pricing announced just before.