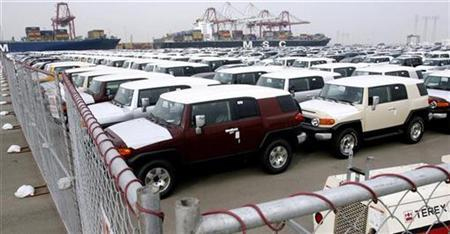 The Big 3 are not the only car makers to suffer during this economic downturn or what some call it, a recession. Many manufacturers such as Toyota, Nissan, Honda and Mercedes Benz have to lease out additional port space to stock pile their unsold vehicles. These cars have not even made it to the dealerships mainly because the dealerships are full of inventory and simply cannot stock any additional vehicles. Yes, it is that bad!

Some manufacturers have ceased production of some vehicles for now. The deals on 2008 model year cars may become “unbelievable” very soon so they can start to move some cars. We can now only pray that the state of our economy gets better so they do not have to start stacking Toyota Camrys on top of Benzes. Then again, who would really care if a $100K Benz gets trashed, it would not make it to the dealership anytime within the next 6 months anyway.