Return of the Toyota Supra: Toyota Confirms the Supra Will Be Back 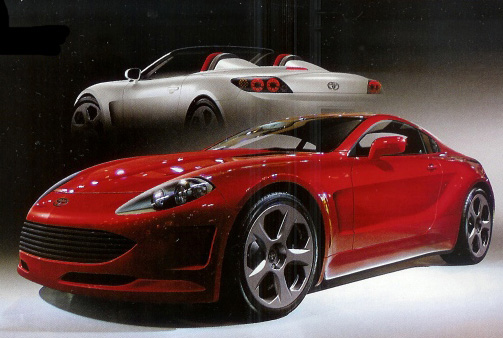 AutomotiveAddicts.com had the opportunity to chat with a manager at Lexus and he confirmed the return of the Toyota Supra within the next two years. He says the new Toyota Supra will be based off of the current Lexus IS. He said, think of it as a Toyota badged Lexus IS-F that costs just as much as a Lexus. Also to note was the fact that the new Supra will not have a manual transmission as an option. An automatic similar to that of the Lexus IS-F will be available.

Wonder if it will have 8 gears like the Lexus? This may mean it is slated to be a hybrid vehicle, hmm maybe? He could not confirm.

Of course Lexus seem to have put an end to the LF-A supercar project several months ago. We still continue to see the LF-A supercar being tested on the Nurburgring with a 5.0L 500hp V10 under the hood. Speculation is starting to arise about the new Toyota Supra possibly sporting a V10 but it is not logical. Our Lexus manager says it will be a turbocharged engine (not a V10). That is the word from Toyota. He will be providing us with more information after his next big meeting with officials from Toyota. He could not say if it will be a hybrid vehicle although that is the direction everyone is headed in. At one time it was said that a new sports car from Toyota would be a hybrid vehicle from many sources but here it is almost 2009 and NO SUPRA yet!

We suspect that Toyota will be using a turbocharged 6 cylinder engine in the new Supra. We expect it to be a class above the 370Z which will end up costing a lot more than a 370Z. As far as being a hybrid, we will have to keep digging for an answer.

We will provide additional information once we get some more insider conformations straight from the horse’s mouth.