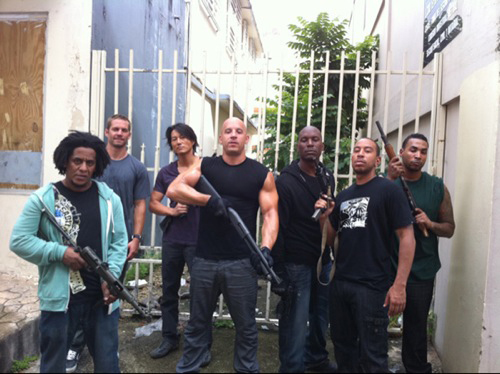 The latest installment to the Fast and Furious franchise reportedly will be called ‘Fast 5’ or ‘The Fast and The Furious 5’ and is currently in production. ‘Fast 5’ features the return of Vin Diesel (Dominic Toretto), Paul Walker, Jordana Brewster, Matt Schulze, Sung Kang (Han) and from the 2nd installment, Tyrese Gibson. Making an appearance in the newest Fast and Furious will be Dwayne Johnson aka ‘The Rock’.

As you can only imagine from the last Fast and Furious, Dom and Brian are now fugitives pursued by lawmen in the upcoming ‘Fast 5’ movie.

Fast 5 is sure to feature some awesome rides including another return of the infamous 1970 Dodge Charger only this time it is fully murdered-out in matt black. Other cars to make an appearance include a Porsche 911 (996), Acura NSX, Plymouth Cuda, Ford GT40 replica, Conquest Knight XV, Corvette Speedster, 2009 Dodge Charger SRT8, Nissan GT-R and the list goes on.