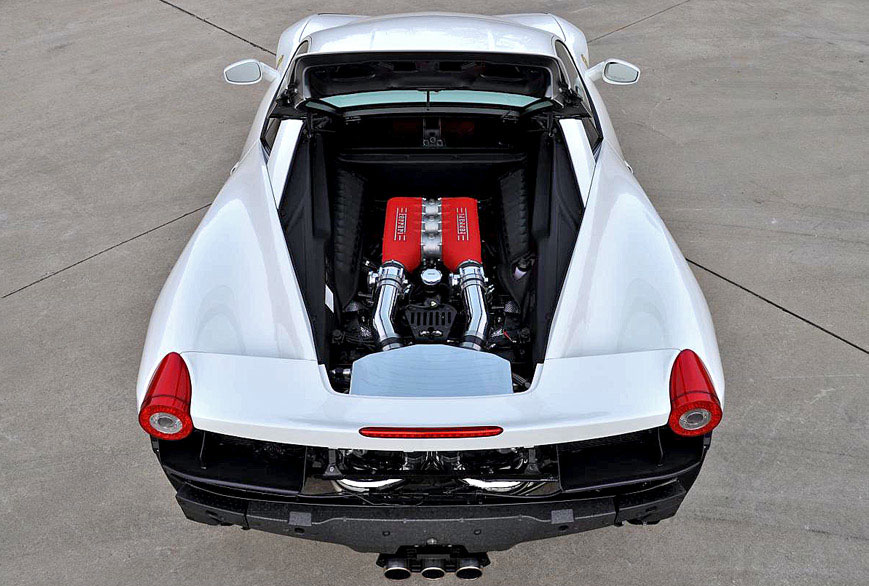 It was only a matter of time before someone took on forced induction on the new Ferrari 458 Italia. Who other than Underground Racing to tackle the task of slapping two turbos onto the most powerful production V8 engine to wear the prancing horse emblems.

No detailed specifications have been officially released on Underground Racing’s new twin-turbo Ferrari 458 Italia project. We should obviously expect some ridiculous numbers considering the stock 4.5-liter V8 found in the 458 already puts out 562 horsepower. With the help of two turbos, we may soon witness one of the fastest Ferraris on the street. You wont have to worry about hot glue lighting a fire under your ass, Underground Racing seems to have that covered in the form of some serious horsepower. I know I can’t wait for the performance numbers and video of this beast in action!

Check out an older video of Underground Racing’s twin-turbo F430 Spider with 1000 horsepower below.