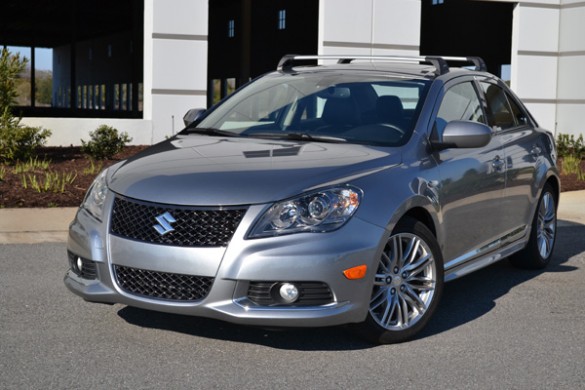 In Suzuki’s quest to fit into the automotive industry of mainstream America, the new 2011 Suzuki Kizashi Sport is an honest attempt. With sales of the Kizashi only making it to more than 6,100 people last year, the Kizashi is a midsized sedan somewhat overlooked by many.

Newly refreshed for 2011, the new Suzuki Kizashi is not a bad looking car by any stretch of the imagination. As far as I am concerned, the looks of the car has nothing to do with the mediocre sales figures when compared to your Toyota Camrys or Honda Accords. Let’s face it, when you mention the name ‘Kizashi’ a car is not the first thing, (or second thing for that matter), to pop in the average Joe’s head. But then again, will the average Joe actually visit his local Suzuki dealership to test drive a new Kizashi? When was the last time you saw a Suzuki dealership that did not exclusively sell motorcycles or sport bikes? 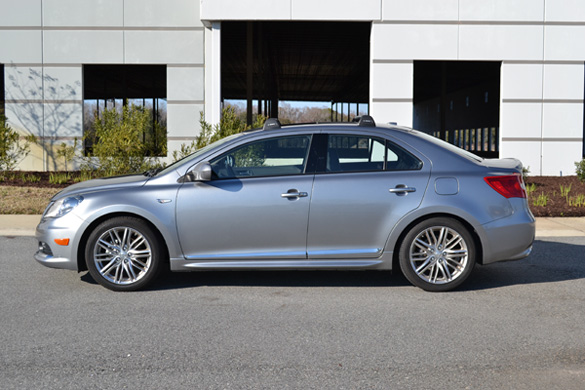 The new 2011 Suzuki Kizashi reminds me of the VW Jetta that we miss from previous generations. Mainly due to the plentiful soft-touch plastics and even softer buttons that made the vehicle feel more expensive and luxurious than it really was. The cabin of the Kizashi, however, is rather up-scale especially to people who thought Suzuki was only good for making some fast sport-bikes. Suzuki did well with the design and layout of the interior of the Kizashi from the rear seating room to the push button start and smartpass keyless entry system. Driving the new Kizashi actually had me saying ‘wow’ to myself as I discovered features such as auto rain-sensing wipers, that you usually do not find on a car of this class, as part of the Sport SLS package. 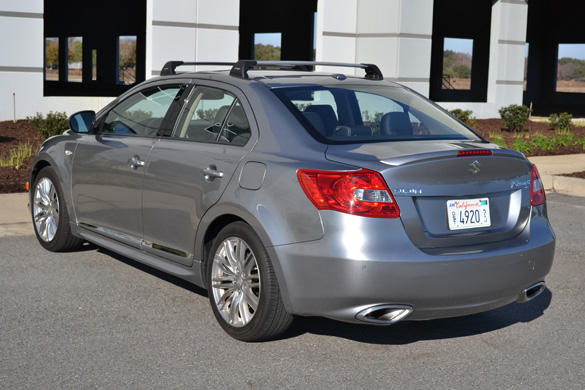 My Kizashi test vehicle was optioned out with just about everything you would want on a midsized vehicle with the exception of navigation. The Sport SLS package included a decent sounding 425-watt Rockford Fosgate sound system with 10 speakers, iPod connectivity, leather seating areas, heated front seats, sport tuned suspension, power sunroof and rear parking sensors. Overall, the interior is compatible for anyone stepping out of the average Camry, Accord or even Jetta.

The outside of the new 2011 Kizashi is a contemporary design that looks well. Standing out in the crowd is not something the Kizashi will accomplish unless your eyes are drawn towards our test vehicle’s roof racks. For some reason my Kizashi test vehicle with the roof racks looked ideal for placing your mountain bike to the roof, something I was tempted to do but had other obligations. 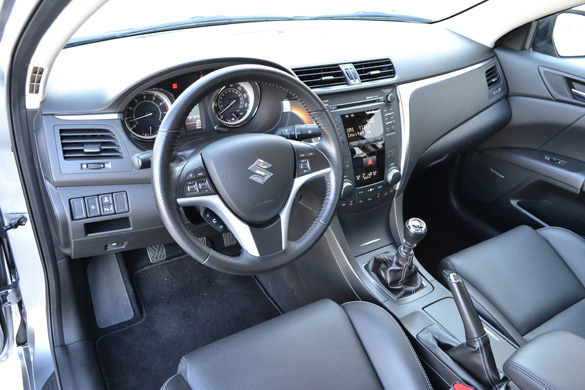 Driving the new 2011 Kizashi is summed up in one word, soft. Although my Kizashi SLS Sport had a 6-speed manual transmission, there was much to be wanted in terms of the ‘Sport’ aspect of things. The 6-speed was easy to drive but surprisingly it handled the highway at cruising speeds very well due to some extra tuning that Suzuki incorporated into the 2011 Kizashi. Standard KYB shock absorbers may have had something to do with that in addition to the stability control management allowing some freedom by not being overly intrusive when you want to push the Kizashi to the limit. Power from the 2.4-liter 4-cylinder was decent at 185 horsepower and 170 foot pounds of torque. You are not going to win any races in the Kizashi but you have just enough passing power when it is needed. Fuel economy estimated at 20mpg city and 29mpg highway is nothing to jump up and down about but it is somewhat consistent. During our highway driving we observed a decent 29.6mpg while in the city our figures dropped to 21mpg. 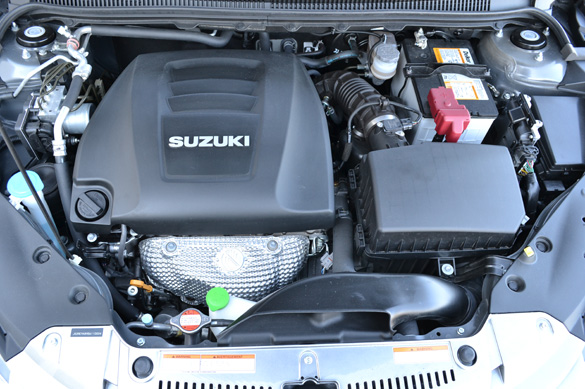 The cabin remained quiet at most times until you hear the slight buzz of the 4-cyl engine working hard at high rpms. Otherwise, the Kizashi is just as refined as any other mainstream midsize vehicle such as the Toyota Camry. 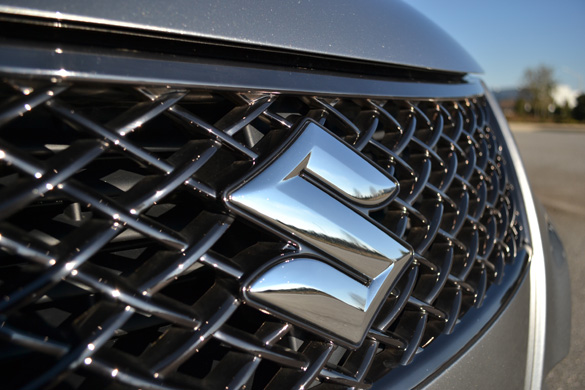 In all, when seeking an economical midsized sedan, the Kizashi should never be the car that is overlooked. Even though the Kizashi won’t turn heads by its looks alone, it will surely keep your wallet in check with a base price of $18,999 and the as-tested price for my Kizashi SLS Sport coming in at only $25,304.