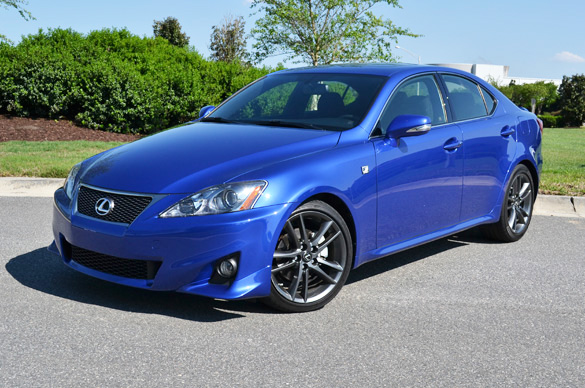 One of the more exciting aspects of Toyota can be found in their Lexus line of vehicles starting with the new 2011 Lexus IS250. The new Lexus IS has been a very successful sports sedan keeping its aggressive finesse while receiving a minor face-lift for 2011.

My new Ultrasonic Blue 2011 Lexus IS250 was optioned with a new F-Sport package that incorporates a firmer suspension upgrade, heated sports seats with microfiber inserts, 18-inch dark-finished wheels, grill inserts and an F-Sport badge on the side of the front fender. One quick look and this Lexus IS250 F Sport package closely resembles the top-of-the-line performance oriented ISF. Although the lackluster 2.5-liter V6 producing only 204 horsepower and 185 pound-feet of torque refracts any bit of real ‘sport’ from the IS250, it still comes off as a capable performer visually and in the turns. 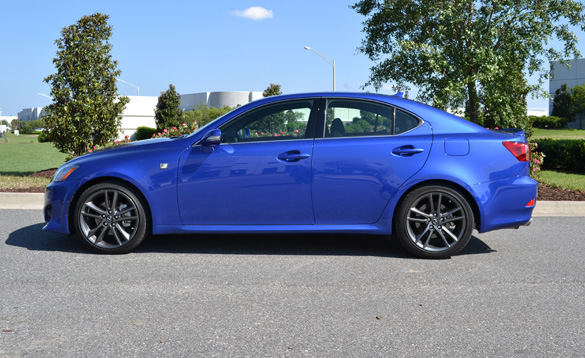 Despite the Lexus IS250 being in need of much more power, the ride is firm and stable at high speeds.  It is almost deceiving because the vehicle feels as if it should have much more power. This is mostly due to the F Sport package which meshes better with the IS350’s 3.5-liter V6 with 306 horsepower. Luckily, the IS250’s V6 engine is as smooth as silk but does have a bit of weight, 3,455 lbs to lug around. Normal driving is never a problem as the small V6 does not seem to strain much with its well-managed and soft-shifting 6sp automatic transmission.

The larger 18-inch wheels with 255-series tires on the rear aided in the IS250’s handling abilities. In other words, the IS250 would have no problem handling 100 more horses just as it is with the F Sport package. Not to mention, they look great with the Ultra Sonic Blue paint job commonly found on the monstrous 417 horsepower Lexus ISF. 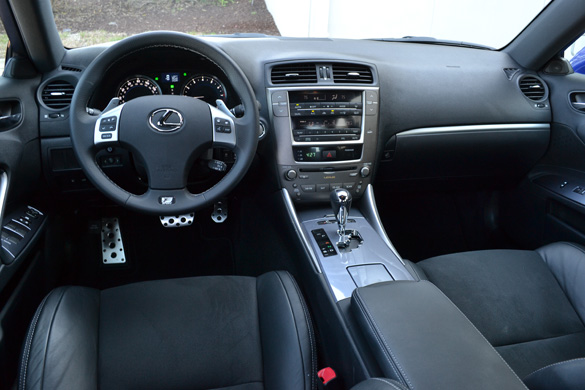 The interior is a bit cramped for someone just over 6 feet tall though, it’s manageable. At times I would hit my head on the roof but it is nothing a simple adjustment of the 8-way power sport seats can’t fix. Fit and finish of Lexus interiors are always top-notch as it is in the new 2011 Lexus IS250. Just about every aspect of the Lexus IS250’s interior screams high-quality. The same can be said about the build quality of the new IS having a quiet cabin that is never disturbed with odd sounds or rattles. The Lexus IS’s interior gives its German competition – the BMW 3 Series, Benz C-Class and Audi A4 – a serious run for the money.

The new gauge cluster in the IS250 is somewhat of an evolution from the chronograph styled gauges in the outgoing IS300 from the early 2000’s. The dials are big, bright and easy to read in a nice white-light, which is very Lexus-Esq. The adjustable speed limiting orange LED light ring is a nice touch also warning you that you have passed a manually pre-set speed limit. 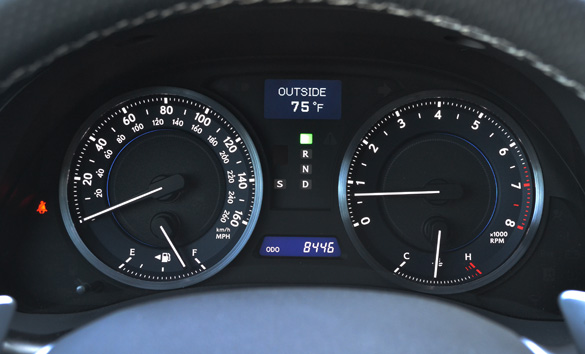 In the rear things get even more cramped in the new IS250 with only 30.6 inches of rear leg room, 4 inches less than the current BMW 3 Series sedan.  A rear pass-through is only offered for the extra cargo storage instead of folding rear seats. Fortunately, trunk space is at 13 cubic feet which is about the normal capacity for this class of vehicle.

Making up for the small seating areas would be the Lexus IS250’s comfortable ride and ease of drivability. The power steering is somewhat predictable.  The variable power assist does not communicate the road to the driver as you would expect from a car that looks this sporty. The steering, however, does a good job of firming during highway speeds versus parking maneuvers. 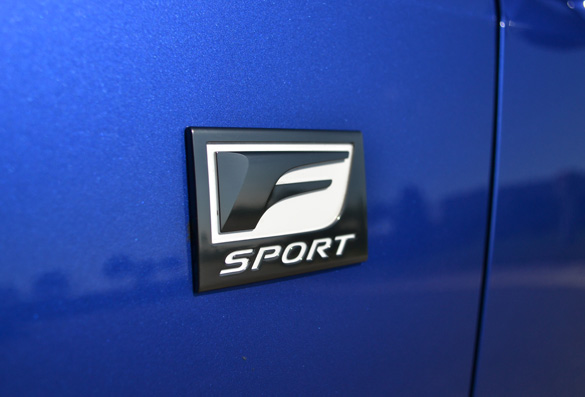 Sales figures of the new Lexus IS would possibly prove it is appealing more for its sporty good-looks overlooking its lack of horsepower. I can say driving the new Lexus IS250 is a pleasure and more of a practical choice considering the more powerful IS350 starts at almost $7,000 more than the IS250. Gas figures for the IS250 are not much different than many other cars with a lot more power. I was able to get a decent 25 mpg in the city and near 31 mpg on the highway, just as the EPA estimates. Mpg figures for the IS250 are 24 mpg city and 30 mpg highway.

Automotive enthusiasts will find a lot of sex-appeal from the new Lexus IS250 with the F Sport package but walk way slightly disappointed with its lack of power and at the same time well-pleased with its nimble handling. At $36,630 for my IS250 F Sport package tester, Lexus remains to stay within reason for a manufacturer that has proven quality and almost unmatched fit and finish. Comparable configurations from BMW would cost $3,000 more but will also provide better performance.