So What’s In Your Garage? 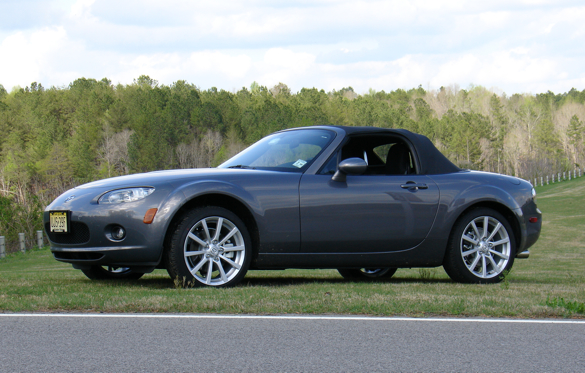 As an automotive journalist, I get to drive a lot of different cars each year. Counting new product launches and press fleet cars, I’d guess the total lies somewhere between 60 and 75 different vehicles each year. As much as I try to be objective, it’s hard to not form opinions about certain brands and certain vehicles. I’ve never been brand-loyal to any one particular marque, but there are certainly brands I gravitate towards and brands I tend to avoid.

Life, lately, has been filled with changes, and not all of them are good. Despite what you may think, being an automotive writer isn’t all jet-setting glamour, and most of us earn less than our counterparts in the expedited-nutrition industry. I sold my motorcycle a few months back to help rebuild savings, and now it’s time to downsize the number of cars my wife and I own. Gone is the 2006 Acura TSX, which was my daily driver in the northeast. In five years, the car asked for nothing – it started every day, never required repair and was utterly predictable in handling, even in the worst of winter snowstorms (shod with winter tires, of course). As good as it was, the TSX was an appliance, much like a coffee maker or a toaster, and I’ve used the phrase “utterly soulless” to describe the car on more than one occasion. Don’t get me wrong; as cars go, I couldn’t have asked for a more dependable or trustworthy ride, but as for the excitement factor, it just wasn’t there. Will I miss it? I’ll miss it’s ask-for-nothing sensibility, and I can only hope my choice for replacement is half as reliable.

My 2006 Mazda MX-5 is gone, too, and that stings a bit. If the Acura was soulless, the Mazda made up for it in spades. It was the best handling car I’ve ever owned (once equipped with Mazdaspeed springs and sways, that is), and I’ve made so many improvements to the car over the years that I’ve lost count. It’s driven the Tail of the Dragon, it’s been to Barber Motorsport Park and it’s never failed to put a smile on my face each and every time I’ve gotten behind the wheel. I can’t afford to keep two cars anymore, so I sincerely hope the MX-5 goes to a new owner who treats it well. It deserves that much.

So here’s the big question: what’s replacing those two cars? My criteria was simple: it had to be entertaining behind the wheel, yet practical enough for a daily driver. It had to be new with a warranty, since used cars (in my experience) always come with someone else’s baggage. It had to be from a brand I trust, and it had to be a wash in price: in other words, I’m trading in two used cars, and walking way with one new car.

The obvious choice would be a Mazdaspeed 3, and that was certainly near the top of my list. I couldn’t warm up to the styling (inside and out) and the torque steer was more than I care to deal with on a regular basis. It was priced right, but I couldn’t see myself living with the car on a long-term basis, so it didn’t make the cut.

Next up was the Mini Cooper S, which comes with its own set of baggage. Dealers are few and far between (at least down here) and the cars seem to fall into one of two categories: those with no ongoing problems, and those that make a Yugo look like the pinnacle of automotive reliability. Like the Mazdaspeed 3, I just couldn’t warm up to the Mini’s interior styling, which favors comical cute over function. It was the next car to drop off the list.

Subaru’s WRX was a contender, at least until I had one for a press fleet car. The new styling borrows heavily from the STI, which makes the car a sheep in wolf’s clothing; it’s plenty fast, but it advertises that like a neon sign. Throw in a clutch stiffer than a Dodge Viper, and the WRX just wasn’t a car I’d want to deal with every day, especially if I had to drive it in rush hour traffic.

In the end, I chose a four-door Mark VI VW GTI. Even the base model has an Audi-esque interior, which is to say it’s the nicest of all the cars on the list, and by quite a large margin. The power is adequate in stock form, but a few simple mods will take the car to Mazdaspeed 3 levels of horsepower (I see a build post coming up). Like the Mazda, the GTI is a blank canvas, with a host of aftermarket companies ready, willing and able to sell you go-fast parts. Finally, it’s a sensible choice for a One Lap of America car: fast enough on the time trial events to keep it entertaining, yet comfortable enough on the transit legs to make it enjoyable. It’ll easily swallow a week’s worth of gear, too.

Did I make the right choice? Time will tell, but I think I made the best choice I could under the circumstances.