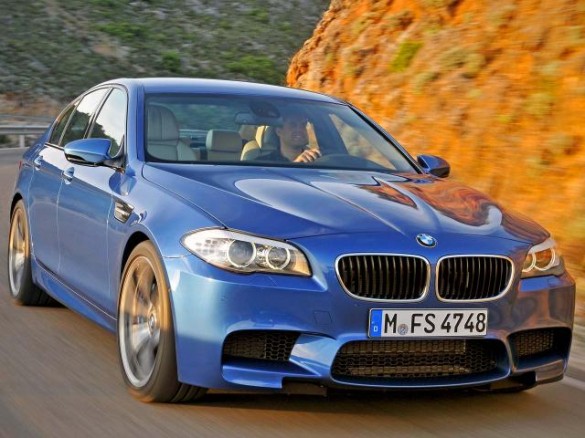 We already saw the official images of the new 2012 BMW M5 Concept back in April and now the guys at Bimmerpost (F10.5post) have leaked the first official BMW F10 M5 production model photos onto the web before its official reveal.

From the looks of the official production images of the new M5, BMW has kept things in line with the Concept M5 which is not a bad thing at all. From the very first production BMW M5 back in 1985 to what we see here now, the M5 has evolved into a tasteful modern iteration of the fastest 4-door BMW has to offer.

Power will be directed to the rear wheels via a standard dual-clutch transmission while a 6-speed manual will allegedly be offered in the U.S.

Pricing information has not been confirmed as of yet be we speculate a price of entry starting near the 6-figure field of $100,000 considering it is rumored to start around 100,000 euros in Germany. At any rate, you may want to start putting your money away now.