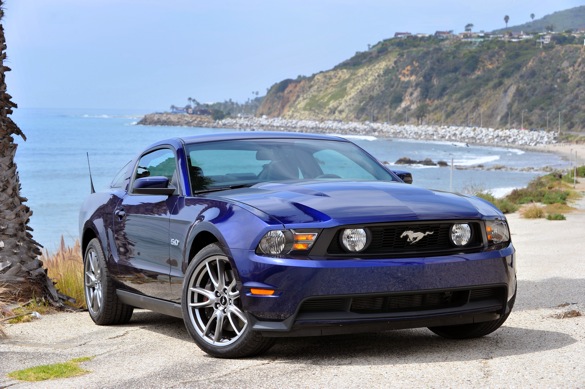 Perhaps more than any other kind of vehicle, muscle cars are meant to be modded. In the old days, that generally involved a new intake manifold, a bigger carburetor, a high-lift, long duration cam and a new exhaust system from the headers back. Today, squeezing more ponies out of your car is generally done by reflashing the ECU, followed by a low restriction intake and high flow exhaust. Aftermarket blower or turbo kits can add serious horsepower, but often require additional upgrades (to the cooling system or clutch, for example) to handle the added power. The point is this: muscle cars are still meant to be modded, both to personalize them and to squeeze the last bit of horsepower from the engine.

A new Technical Service Bulletin from Ford may give owners of 2011 and 2012 5.0-liter Mustangs (and F-150s) cause for concern. In it, Ford advises against modifying any powertrain components or calibration to increase performance, as doing so may exceed the design limits of parts. To increase owner paranoia, Ford says that, “attempting to increase the engine output via recalibrating the PCM may result in poor drivability, DTCs (trouble codes), or component failures. The TSB even has a flowchart, with the ominous step of “Initiate warranty cancellation process” if a reflash or hardware modification is found to be the cause of the component failure.

So what does this mean? Not much, really, since the Magnuson-Moss warranty act of 1975 prevents manufacturers from voiding your entire warranty based on aftermarket modifications. They can still void sections of your warranty, or deny warranty claims based on mods, but the burden of proof is on the dealership. Reflash the ECU and throw a connecting rod, and you’ll be paying for the repair yourself, since the dealer will claim the software change exceeded the design limits of the engine. Add aftermarket wheels and tires (with no other mods) and throw a rod, and the dealership will be fixing your ride under any warranty you have left. If the component failure is unrelated to the modifications made, the dealer still has an obligation to honor your warranty; if the component failure is in any way related to the mod, plan on writing a check for repairs yourself.

This could potentially be another black eye for Ford, who’s already dealing with six-speed transmission failures on 2011 and 2012 Mustangs and bent rear frame assemblies on SVT Raptor pickups. The TSB really doesn’t say anything new, but it does indicate a change in focus for the automaker; once content to look the other way in regards to mods like intakes, headers and exhausts, it seems that Ford dealers will now actively look for reasons to void warranty claims.