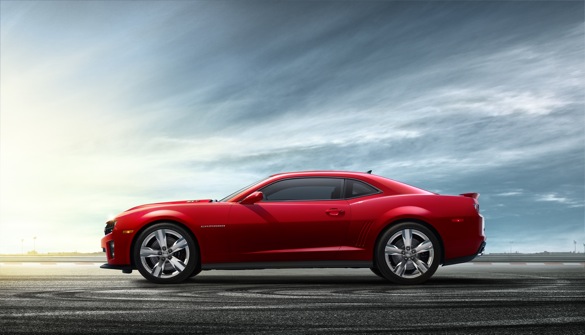 General Motors uses the same basic engine in three cars: the Corvette ZR1 (where it’s called the LS9), the Cadillac CTS-V (where it’s called the LSA) and in the upcoming Camaro ZL1 (where it will also be called the LSA). In all cases, it’s a 6.2-liter, pushrod V-8 that ranges from 556 horsepower in LSA trim to 638 horsepower in LS9 trim. To get the additional ponies, GM bumps up the compression ratio (from 9.0:1 to 9.1:1) and adds a bigger blower for use in the Corvette ZR1. In other words, GM’s engineers have an 82 horsepower spread to work with, and can easily build an LSA motor over 600 horsepower if product needs dictate.

Since the target for the Camaro ZL1 is the current Shelby GT500, which puts out 550 horsepower, we know that the ZL1 will have to do better. Much better, actually, since the Camaro is a larger and heavier car. Credible source rumors say that Chevy has officially dyno tested the ZL1, and the LSA under the hood is good for “more than” 570 horsepower. Call it 570, which is 20 more than the Shelby; more importantly, the Camaro should make over 555 ft-lb of torque compared to the Shelby’s 510 ft-lb. Even if the Camaro is a few hundred pounds heavier, we still have a decent horse race here.

Don’t expect Ford to go down without a fight. The next Shelby GT500, due in 2013, is well into the development stage, and rumored to pack over 600 horsepower from its turbocharged V-8. We won’t have details on the Shelby for another year of so, but look for Chevy to announce the numbers for the Camaro ZL1 in the very near future.