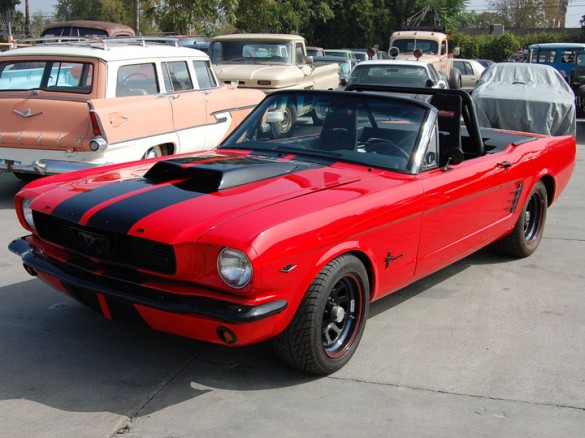 Chances are good that you can’t party like Charlies Sheen (unless you’re Keith Richards, and we doubt he reads Automotive Addicts), but now you can drive like him. Up for grabs is Sheen’s 1966 Ford Mustang convertible, which the actor never drove off a cliff (unlike a Mercedes or two). Built in 2006, the Mustang has somewhere around $300,000 worth of go-fast parts on it, including:

The car is street-legal, even in California, and its racked up just 155 miles since it was built. Autoevolution says that bidding has already topped $100,000, with all proceeds going to support C5LA, which assists junior high school students with educational advice.

Want to be “winning” behind the wheel of your own NASCAR-inspired Ford Mustang? Hit up Charitybuzz and register to bid.