The 2012 Hyundai Azera And Equus: Bookends Of Luxury 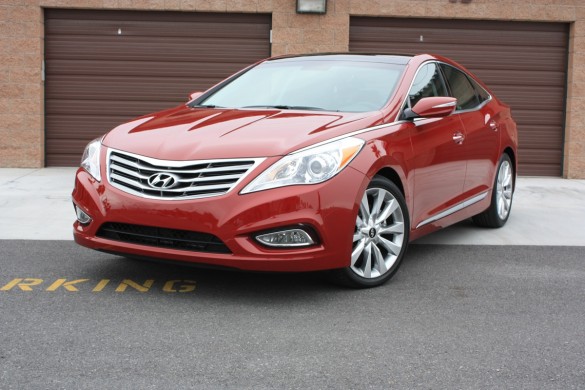 When Hyundai entered the U.S. market 25 years ago, few critics took the upstart Korean automaker seriously. Back then, Hyundai was a value brand that offered new cars for less money than the competition, and in 1986 the automaker claimed just 1.1 percent of the new car market. Fast forward to 2011, and Hyundai is now a full-line automaker that produces everything from legitimate sport coupes through luxury cars. It’s shifted from a value brand to a valuable brand, and now accounts for 5.1 percent of new car sales in the United States.

That makes Hyundai the sixth best-selling automaker in the U.S., and the brand currently enjoys a 64 percent retention ranking, the highest in the industry. Last year, its cars sold at an average of 96 percent of sticker price, and the company moved from seventh in residual value to third. Put another way, with modest marketing and very little fanfare, Hyundai has moved from an ancillary brand in the industry to one of its key players. 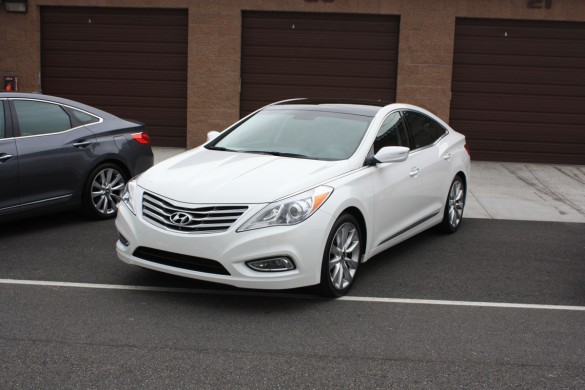 Part of Hyundai’s success comes from building both gateway vehicles (like the Veloster, Elantra and Sonata) and aspirational vehicles (like the Azera, Genesis and Equus). In fact, the original Azera was the first Hyundai model sold in the U.S. to top the $30k price point, paving the way for Hyundai to launch additional upscale models like the Genesis and Equus sedans. 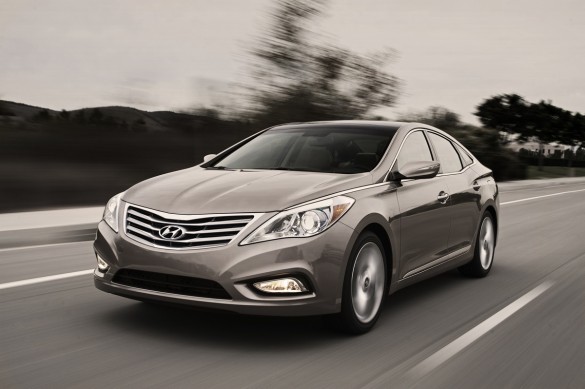 As significant as the Azera was, the original version never sold particularly well. It may have offered luxury amenities at a near-luxury price, but interior and exterior styling was best described as “uninspired.” Worse, the model was never actively marketed by Hyundai, who wisely imported only a handful of Azeras each year. 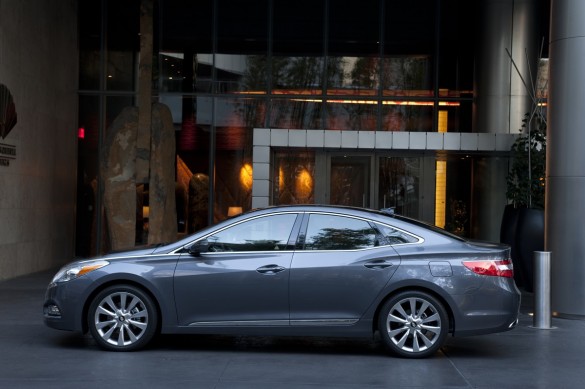 Despite this, Hyundai believes the market has room for a luxury sedan in the Azera’s price bracket, so it’s introducing an all-new Azera for the 2012 model year. It’s also borrowing a page from Honda’s playbook: rather than launching multiple models with confusing option packages, the Azera will come in just two variants: Base, and with Hyundai’s Tech Package. 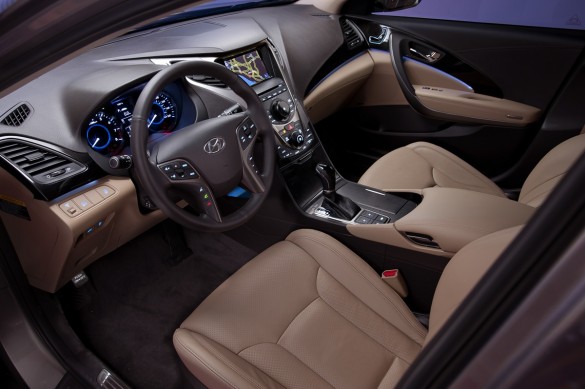 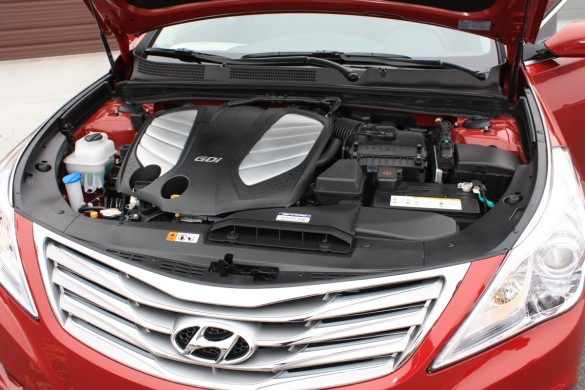 Under the hood, all Azera models get a new Lambda II 3.3-liter V-6 engine, good for 293 horsepower and 255 pound-feet of torque, mated to a Hyundai-designed six-speed automatic transmission. At 88.8 horsepower per liter, the engine’s output is best-in-class, yet its combined fuel economy of 23 mpg ties for best-in-class with the Toyota Avalon and Acura TL. According the EPA, the Azera will deliver fuel economy of 20 mpg in the city and 29 mpg on the highway, thanks in part to its Active ECO system that smoothes throttle response and boosts fuel efficiency by up to 7 percent. 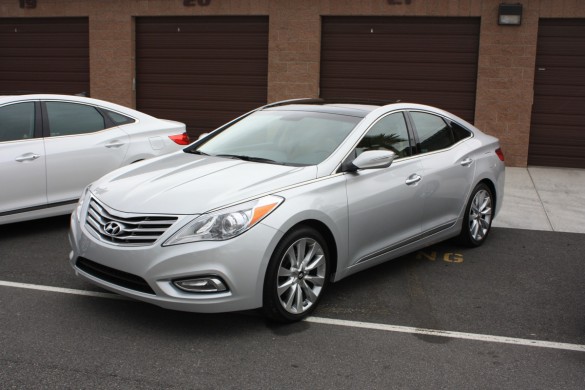 All Azera models use a MacPherson strut front suspension and in independent, multi-link rear setup. Sachs “Amplitude Selective” dampers are used to smooth out the ride over rough surfaces, while still delivering crisp turn-in and minimal body roll in corners. We’d stop short of calling the Azera a sport sedan, but it definitely delivers a sporty-but-comfortable ride.

The Azera’s exterior styling now uses Hyundai’s “fluidic sculpture” language, and we say that’s a good thing. Designers incorporated wing styling elements in the front grille, while strong character lines and a rising beltline give the Azera a distinct presence in profile. Out back, wrap-around taillights and exhaust outlets embedded in the rear fascia give the car a modern and upscale appearance. 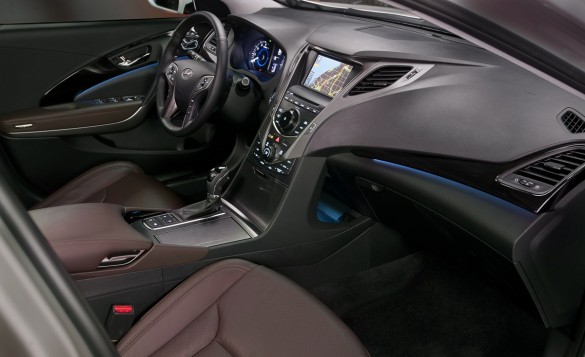 Inside, the wing theme carries over to the center stack and dashboard, and the driver’s space is designed to have a cockpit-like feel to it. Interior attention to detail is impressive, with a sculpted crash pad of soft-touch vinyl, metallic trim surrounding the instruments and driver information display, and premium carbon-fiber-look trim. Buyers get a choice of three interior colors as well, including camel, graphite black and chestnut brown. 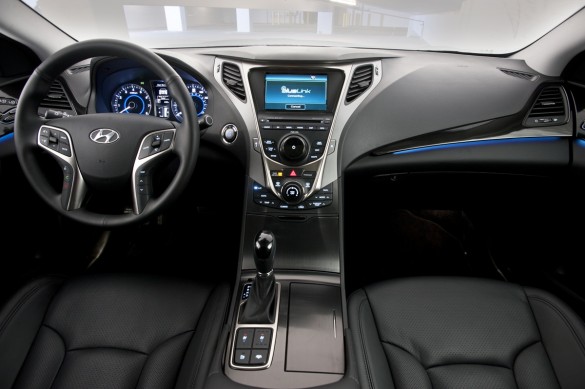 On the road, the new Azera accelerates with reasonable authority, turns in quickly with minimal body roll and provides good feel from both steering and brakes. Noise isolation is impressive, and we’d definitely call the Azera luxury-car-quiet at highway speeds. The Sachs dampers are more than just marketing hype as well, delivering a remarkably smooth ride over broken pavement. 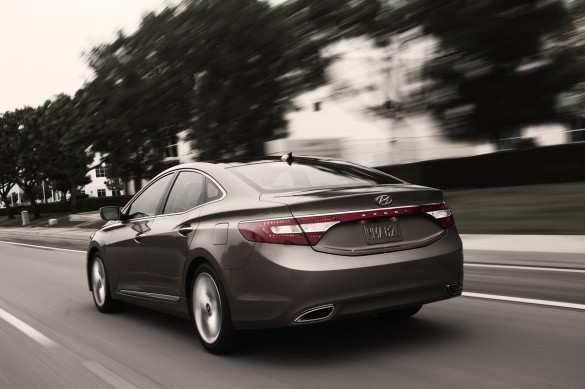 At a starting price of $32,000 for the base Azera ($36,000 for the Azera with the Tech Package), Hyundai’s entry-level-luxury sedan delivers solid value, and will likely give the Nissan Maxima and Toyota Avalon a run for their money. We wouldn’t be surprised to see the Azera pull in a few Acura, Lexus and Infiniti shoppers as well, and we’re sure that Hyundai will have no trouble selling all the Azeras it imports. 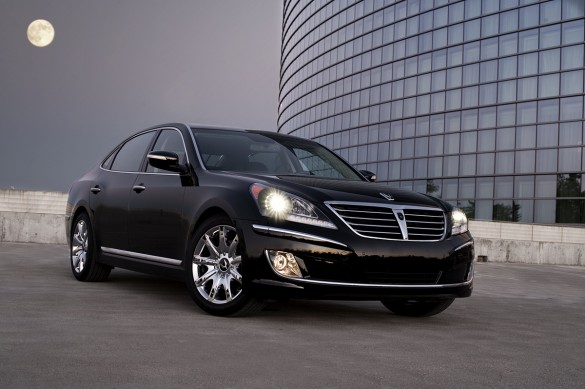 At the opposite end of Hyundai’s luxury lineup is the 2012 Equus, which is a legitimate competitor to cars like the Lexus LS 460 and the Mercedes Benz S550. New for 2012 is Hyundai’s 5.0-liter Tau V-8, rated at 429 horsepower and 376 pound-feet of torque, now mated to a Hyundai-developed eight speed automatic transmission.

The Equus’ new drivetrain solves the only issue we had with the original car, which came with a 4.6-liter V-8, good for just 385 horsepower. The original Equus felt down on power compared to rivals from Japan and Germany, while the new version pulls equally hard when you step on the gas. Perhaps more impressive is the fact that fuel economy really hasn’t suffered: the previous Equus was rated at 16 mpg city, 24 mpg highway and 18 mpg combined, while the 5.0-liter V-8 Equus gets a rating of 15 mpg city, 23 mpg highway and 18 mpg combined. 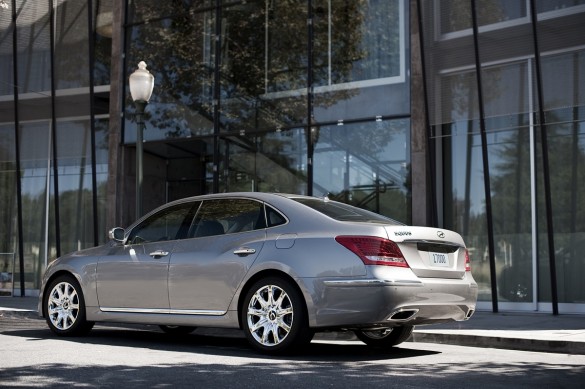 As with the Azera, Hyundai’s Equus will be a value-leader in the segment, Base models, called “Signature” in Hyundai-speak, will start at just under $60,000, with Equus Ultimate models priced around $66,000. If you’re in the market for a large, premium-luxury sedan, we’d seriously recommend you give the 2012 Hyundai Equus a look.