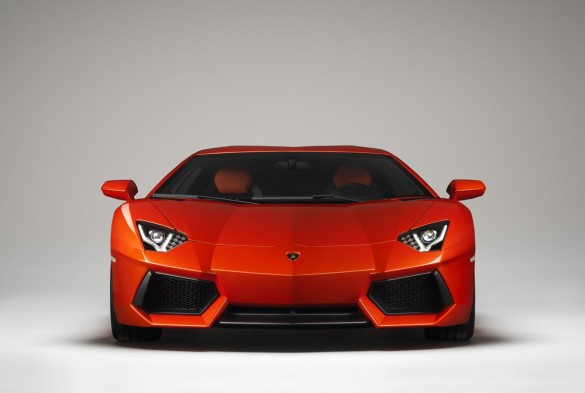 If you were hoping the Lamborghini Aventador Roadster would pack a slick, power-retractable hardtop like Ferrari’s 458 Italia, it appears you’re out of luck. If reports from Italy’s Quattroroute are correct, the topless Aventador will come to market with a removable targa roof, similar to that used by Bugatti on the Veyron Grand Sport.

The Aventador Roadster’s top panels will be made from carbon fiber or carbon composite, and will be split in the middle for easy removal or deployment. That may make them small enough to carry on board the Aventador, eliminating the need to decide on topless motoring before leaving the garage (like the Veyron Grand Sport, whose roof can’t be stored on board the car).

As for the “why,” the answer is relatively simple: adding any kind of folding top, whether manual or powered, would add more weight and would require redesign of the Aventador’s intricate engine cover. Not only is such a redesign cost-prohibitive, but it also would added significantly to the car’s development time.

Assuming, of course, that the car actually exists. Lamborghini is neither confirming nor denying a topless Aventador, which means we’ll have to wait until the international auto show schedule resumes this fall before any official announcements are made.