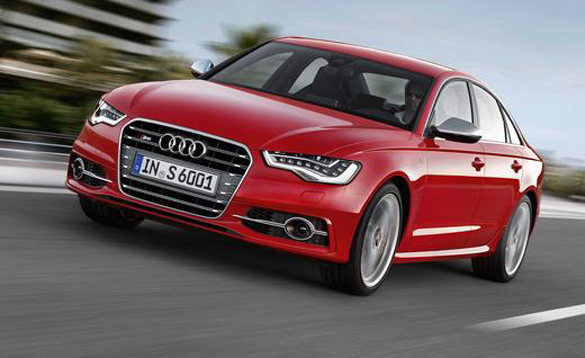 The highly anticipated Audi S6 does not look much different from its A6 foundation but it proves to be quite the contrast when it comes to performance numbers. The looks should not fool you at all because the new 2013 Audi S6 is nothing close to a pushover when you consider it’s astonishing and eyebrow raising performance numbers scored by Car and Driver.

The guys at Car and Driver were among the first to get their hands on a new 2013 Audi S6 and ring it out to lay down some test figures. Among those test figures, the 420 horsepower twin-turbocharged V8-powered 7-speed dual-clutch all-wheel-drive S6 rocketed its way to 60 mph in 3.7 seconds and burned up the quarter mile in 12.1 seconds at 115 mph. By the numbers, enthusiasts would not first guess that these specifications belong to a mid-sized Audi. After-all, Audi conservatively rates the S6 0-60 mph time at 4.8 seconds. If you ask me, that’s a pretty damn reserved figure considering Car and Driver’s test numbers. 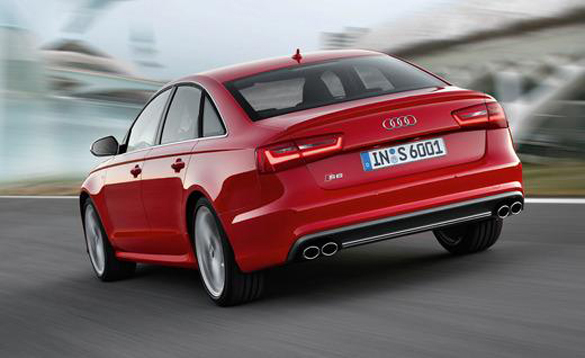 For years, the Audi S line of vehicles has been the ultimate luxury sleeper but still an underdog when it came to the numbers when pitted against other direct German competitors. This time, the tables have turned while Audi takes advantage of their lightweight aluminum construction and efficient, yet powerful, powertrains. The V10 in the S6 predecessor may have had more brute, but the new boosted V8 is lighter, more efficient and has less body weight to get moving. 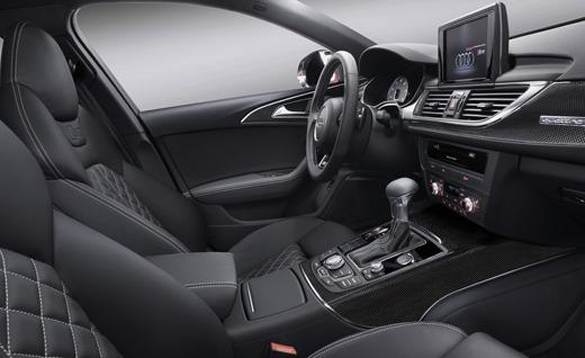 Just about every ‘performance’ oriented vehicle or sports car equipped with an automated transmission (usually dual clutch) to come off of the assembly line in the past 5 or so years, has a launch control feature. Even some manual transmission iterations have some type of launch feature. The new Audi S6 takes advantage of today’s tech giving it the ability to reach 60 mph in 3.7 seconds through its very own launch control system. If you are taking note, that is faster than the Cadillac CTS-V sedan. Not only that, but the 2013 Audi S6 is more efficient, receiving EPA estimated fuel economy numbers of 17 mpg city and 26 mpg highway.

I welcome you to view Car and Driver’s specifications below and maybe take out some time to compare them to other performance sedans. I think Audi has the right formula if these test numbers prove to be consistent.

TEST NOTES: Launch control is activated in D sport with ESC off. Just stomp the gas with the brake and it zings to 5000 rpm, lift and it moves out.