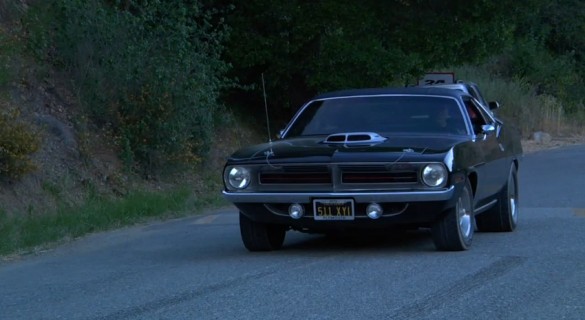 If you don’t think that cars can be legitimate members of the family, you’ve never met John Cross. As a young boy, Cross distinctly remembers being pressed into the rear seat of his cousin’s Plymouth Barracuda, so when the chance came to buy that same car a decade later, Cross ponied up the $1,000 asking price without hesitation.

Now, 34 years later, Cross still owns the same numbers-matching car. In the quest for more power and better drivability, however, the original engine was pulled for display and replaced with a 440 block bored to 493 cubic inches. When the engine was dynoed at the end of the build, even the shop was surprised to find that it made 684 horsepower and 682 pound-feet of torque.

Since then, Cross has made a few more mods, and now estimates that the power is somewhere in the 700 hp range. That’s plenty to ensure warp speed in a straight line, but as Big Muscle host Mike Musto points out, this isn’t a car for carving canyons.

Instead, the ‘Cuda is best for cruising on a Saturday night, frightening small children when the exhaust dumps are open. Since Plymouth didn’t sell nearly as many ‘Cudas as Ford sold Mustangs or Chevy sold Camaros, Cross’ ride is indeed an exotic animal, worth many times his original investment.

Despite the fact that the car has been in his family for over four decades, Cross would consider a sale “for the right offer.” We’re guessing that that offer would have to be somewhere in the six digit range; after all, even family members have their price.