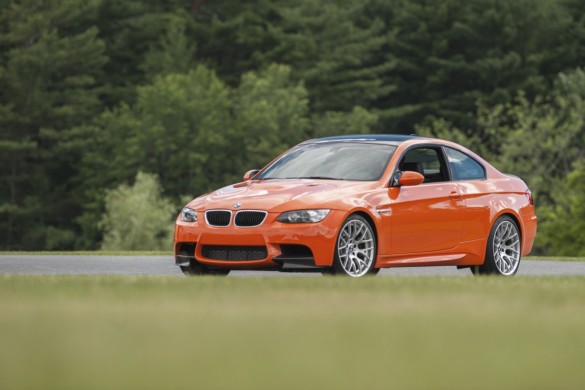 If you live (or lived) in the Northeastern United States, chances are good you associate road racing with Lime Rock Park, an historic circuit in the northwest corner of Connecticut. Along with other legendary tracks (like New York’s Watkins Glen and Florida’s Sebring), Lime Rock has, over the years, borne witness to both the worlds best drivers and some of its fastest cars.

BMW has an extensive history with the track, and has been a key sponsor of the Lime Rock Vintage Festival for years. In honor of this, the Bavarian automaker is producing a limited production, U.S.-only M3 Coupe Lime Rock Park Edition. First and foremost, each comes sprayed in Fire Orange paint, with Anthracite and Black cloth seating trimmed in Nappa leather. That should tell you what you need to know about the car right off; unlike other special edition M3s, this is built to be as light and responsive as possible. It’s a car for owners who want to track it, not just show off at monthly Cars and Coffee gatherings. 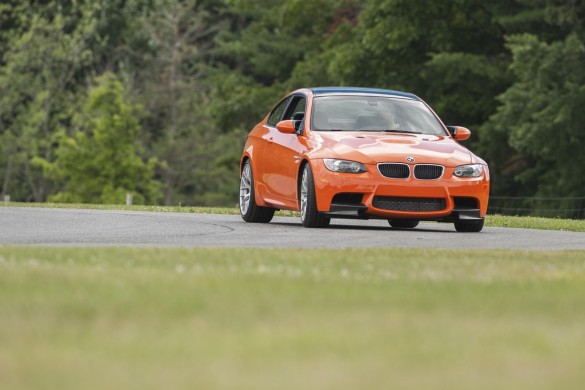 Each comes with BMW’s Competition Package, a lightweight iconel-titanium muffler, carbon fiber front and rear aero enhancements and a flat-bottomed steering wheel, wrapped in Alcantara. There’s a numbered plaque on the center console, a left-rear window decal and a certificate of authenticity for each cars, too. Buyers do get the choice of six speed manual or seven-speed dual-clutch automatic, but for purists (like us) there really is no choice.

Pricing starts at $70,995, including a destination charge of $895. While that’s significantly more than a comparably-equipped M3 Coupe, you’re really buying into a piece of racing history. Whether or not that’s worth the up charge, we suppose, depends upon how many times you’ve visited or lapped Lime Rock Park.