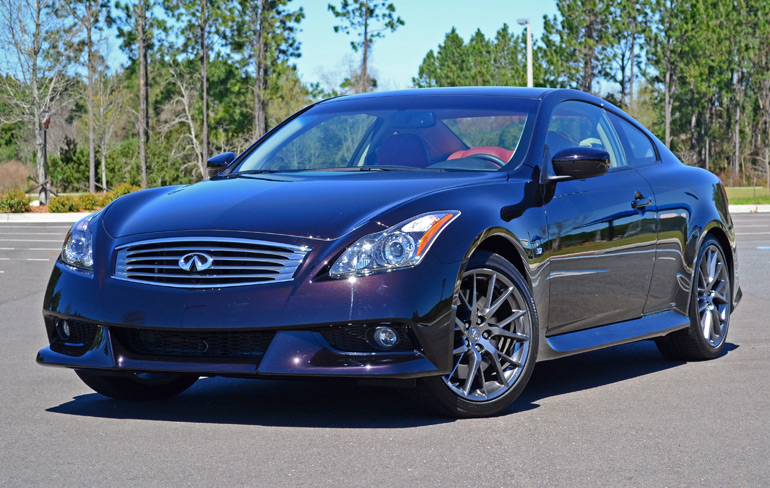 Okay, so Infiniti is going through a serious identity change. Remember, Audi went through this and look how they are doing now. This week in our garage is the new 2014 Infiniti Q60 IPL Coupe, or what used to be called the G37 IPL Coupe. In the new naming scheme of things we had better get used to the new “Q” naming structure, which is the only thing that has changed about the G37-err Q60 for the 2014 model year. Still, this baby has a 6-speed manual transmission and 348 horsepower on tap. Can’t argue too much about that. Check back for updates on us taking the 2014 Infiniti Q60 IPL Coupe for a drive this week and post any questions you may have about this car.

The 2014 Infiniti Q60 IPL Coupe, having the 6 speed manual transmission, has a slight coarseness around 6,000 rpm and higher. Though this does not effect performance, it transmits through the gas pedal pretty good with an unwanted vibration. This is a common trait of the G37 and Nissan 370Z I grew to accept over the past several years that this current generation has been around. Aside from this small issue, the Q60 IPL Coupe remains to be a fun luxury sports coupe that turns heads with the stunning Melbec Black exterior color with its purple hue and nicely accented red leather-trimmed seats.