A Dream Come True: Cars and Coffee at the Concours 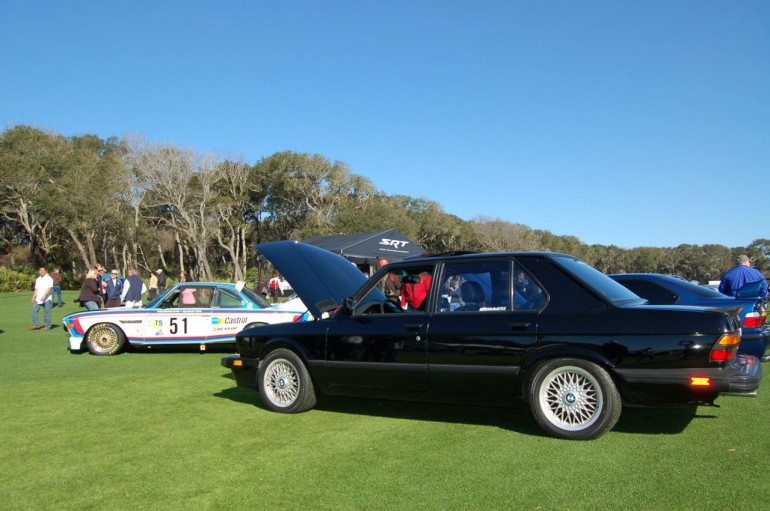 As a young man in my twenties, I had two automotive related dreams. One was to own an early Datsun 240z. The second was to attend an Amelia Island Concours d’Elegance. Never did I imagine that those two dreams would actually come together.

On the second Saturday of every month Automotive Addicts hosts a Cars and Coffee event at The Florida Times-Union building on the St. Johns River. The show averages around 400 cars and ten times as many car enthusiasts. In September of 2013, one of those 4000 enthusiasts was Amelia Island Concours d’Elegance president Bill Warner, driving his breath-taking late model Ford GT.

At the show Bill approached Automotive Addicts publisher Malcolm Hogan and asked if his team would be willing to help gather select cars for the Cars and Coffee at the Concours show to take place on the Saturday before Sunday’s Concours event.

The concept of Cars and Coffee at the Concours presented by Heacock Classic Car Insurance is to allow individuals with clean vintage, exotic, and collectible cars to gather on the same field that the legendary Concours cars will take without the need to have every bolt polished to absolute perfection. When you add the free coffee, donuts, and admission cost, the Amelia Concours Cars and Coffee is not only a concours for everyone, Bill Warner and his team have given the automotive community an amazing gift.

I awoke early on the Saturday morning of the show. Truth is, I don’t think I actually slept much. I gathered a few things in a backpack, went out to the garage, and uncovered my 43-year-old car. She looked as excited as I was.

The trip to Amelia Island is a treat in itself. Hecksher Drive twists and turns along the Atlantic Ocean, the Intercoastal Waterway on the other side. Driving a great handling vintage car at the speed limit while the sun is rising over the water is already about as good as it gets. Knowing that you are going to an event that you’ve been waiting your whole life for? Even better. 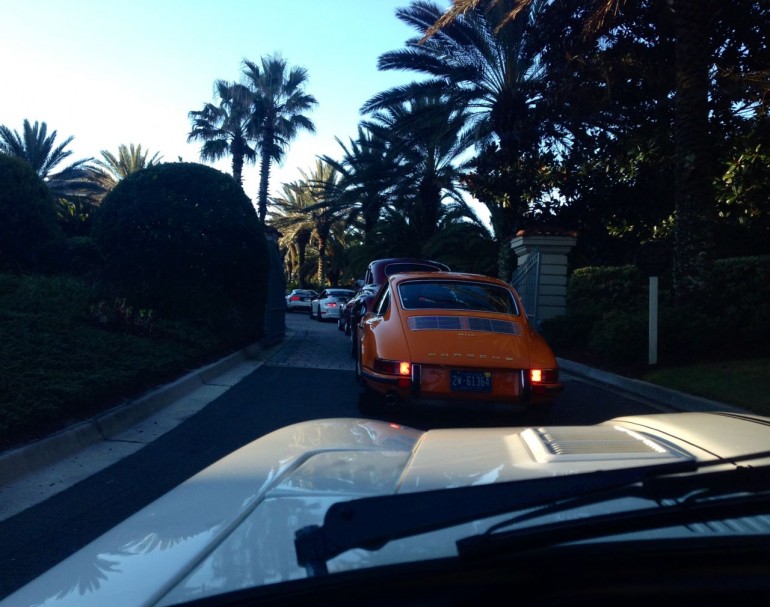 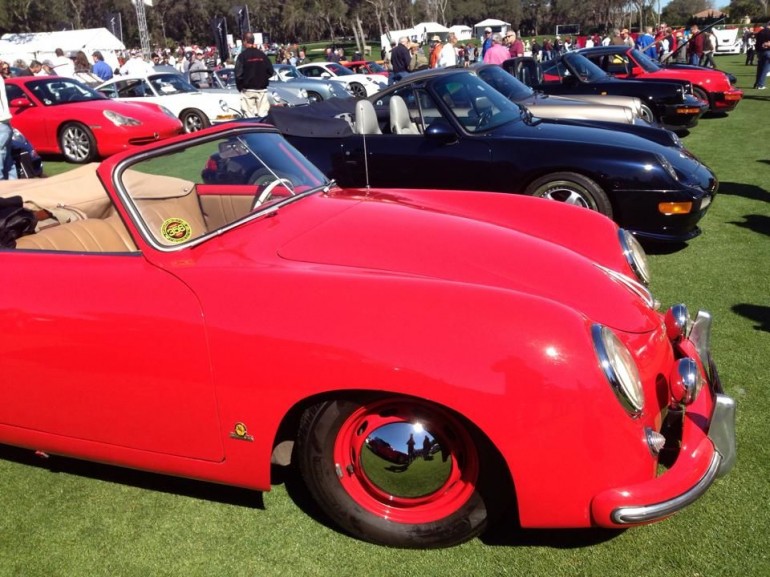 The Amelia Concours volunteers and staff were incredible, placing all 300 cars on the field by make, Porsche in the middle, Mercedes just ahead and Corvette behind. BMW was at 6 o’clock, and joining the participant cars were three perfectly restored mid 70’s BMW 3.0 CSL racecars, which had been raced by 2014 Amelia Concours judges Sam Posey, Brian Redman and David Hobbs. Other exotics represented on the field included Ferrari, Maserati, Lamborghini, Lancia, Audi, SRT Viper, and McLaren. 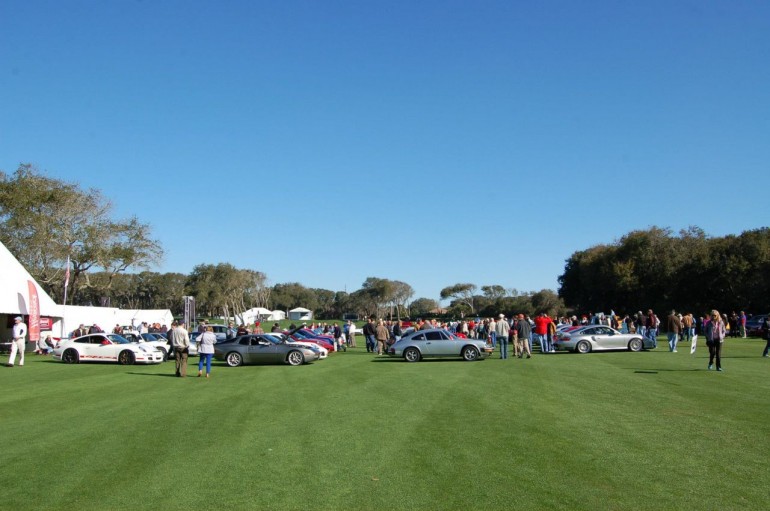 Local car clubs, including the Amelia Cruizers, Auto Legends of Amelia, BMW CCA, Central Florida Jaguar Club, Central Florida Viper Club, Florida Crown Region Porsche Club of America, Jacksonville Corvette Club, the Mercedes Benz Club of America, and Riding into History, represented themselves wonderfully. The sea of Porsche was something to behold. The Corvettes, led by a Chevrolet owned, not yet for sale, 625 horsepower 2015 Corvette Stingray Z06, were equally impressive. The Mercedes Benz Club even brought Docents to answer questions. 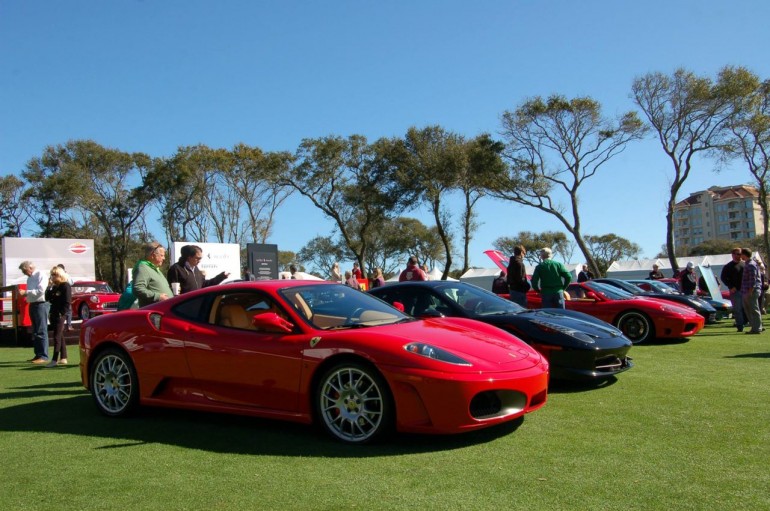 Automotive Addicts Cars and Coffee regulars, The Crowkeepers, provided live music. The Ritz-Carlton Amelia Island sits on one of earth’s most beautiful beaches; to have a live band skillfully playing surf music took the entire show to yet another level. 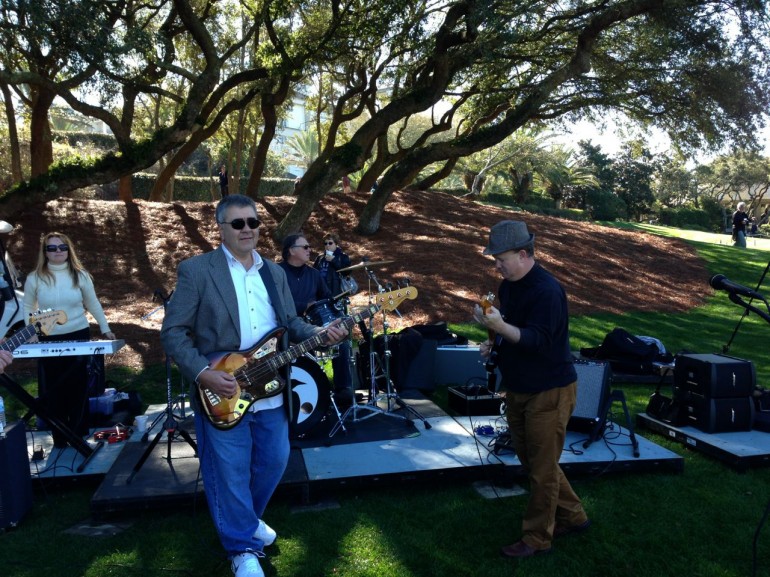 As Cars and Coffee drew to a close, it was obvious that the Amelia Island Concours d’Elegance knows how to host a car show. After all, you do not receive the prestigious 2013 International Motoring Award for “Motoring Event of the Year” by chance. I spoke with more than one individual who, although completely energized, had a dead cell phone battery from taking so many pictures and video.

As I started up my vintage Datsun and drove off the golf course I had but one thought. I can’t wait until next year.

You don’t have to wait until next March to be a part of an amazing Cars and Coffee show. Shine up your ride and join us from 9-11am on the second Saturday of every month for “Automotive Addicts Cars and Coffee” at The Florida Times-Union on 1 Riverside Ave in downtown Jacksonville. 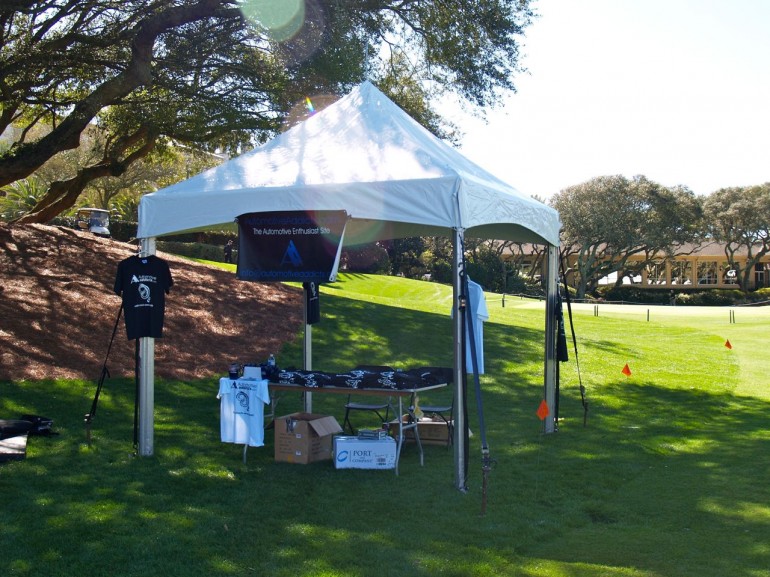