BMW Will Not Offer M7? Will Offer M-Sport Package for 7-Series 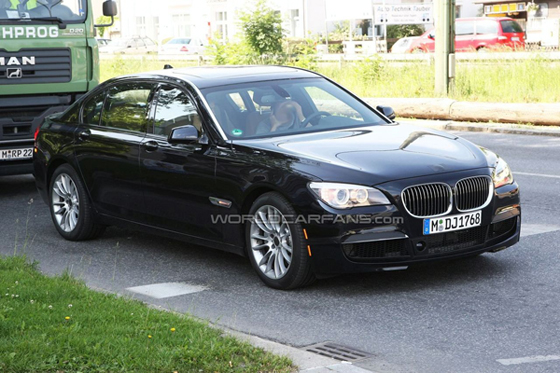 From the previous spy shots, several M styling characteristics were missing such as the quad exhaust pipes and front fender M logo grills. Even though we saw a hood with the infamous “power dome” it was more than likely there to accommodate extra testing equipment under the hood.

If BMW ever does produce a M7, we will be sure to report it but for now it is still a waiting game and remains to be a mystery until we actually “see it”.