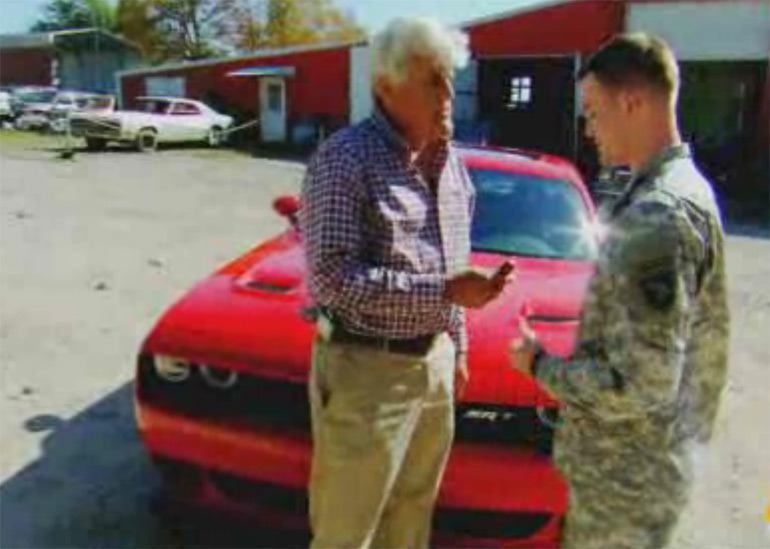 Jay Leno, someone who has truly inspired us over many years with his heart-felt enthusiasm for cars and
just being a down-to-earth guy. Extending his giving and heart-felt nature for others, Jay Leno surprises Cpl. Ethan Laberge with a new Dodge Challenger Hellcat.

Cpl. Laberge was seriously injured while serving in Afghanistan when a suicide bomber drove up and detonated himself. Two other fellow soldiers standing with him were killed in the incident.

Cpl. Laberge went on to get through those injuries and traumatic brain injury causing memory loss. While he does not know how he will recover Cpl. Laberge is carrying on. His spirits are lifted when Jay Leno shows up with a new Hellcat and later reveals that the car is Cpl. Laberge’s to keep. Good stuff!!!

Visit NBCNews.com for breaking news, world news, and news about the economy