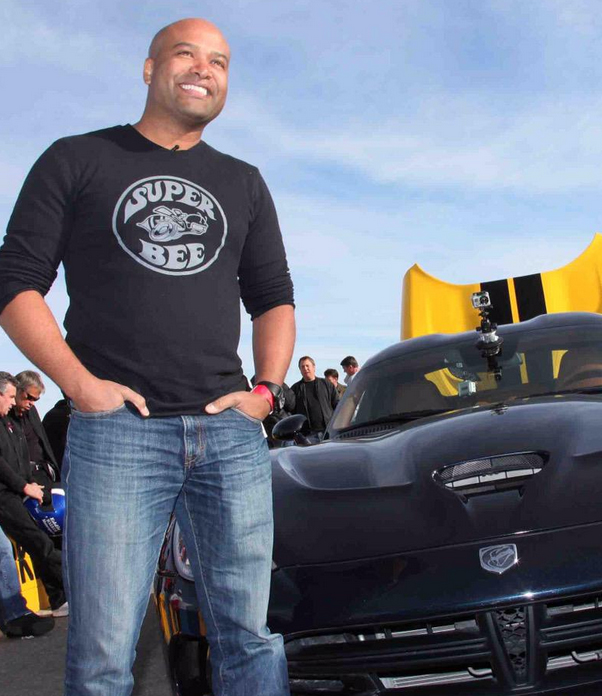 Today we give a big congratulations to Ralph Gilles as he is named Fiat Chrysler Chief Designer.

Ralph Gilles has been a major force in the Chrysler (Chrysler, Dodge, Jeep, Fiat) brand signifying many of their design languages over many years while later heading up the SRT division seeing through projects like the famous Hellcat vehicles. The Italian-American automaker has now put Gilles in a position to oversee all design for its various divisions, on a level comparable to General Motors’ Vice President of Global Design, Ed Welburn.

April 1, 2015 , London – Fiat Chrysler Automobiles N.V. (NYSE: FCAU / MI: FCA) today announced that Ralph Gilles was named Head of Design and member of the FCA Group Executive Council (GEC). He currently leads the FCA North American Design Office as Senior Vice President, a position he was named to in June 2009. The GEC is the highest management-level decision making body within the FCA organization and is led by the FCA Chief Executive Officer (CEO).

Gilles succeeds Lorenzo Ramaciotti, who is retiring after several years of dedicated service with the Company. Ramaciotti will continue to lend his expertise to the group serving as a Special Advisor to the CEO.

“We extend our sincere appreciation to Lorenzo for his unwavering dedication, service, leadership and many contributions to the organization,” said Sergio Marchionne, Chief Executive Officer, Fiat Chrysler Automobiles N.V.

Gilles previously served as CEO – Motorsports; President and CEO – SRT Brand and CEO – Dodge Brand for FCA US in addition to his leadership role in Design. He joined the Company in 1992.

Gilles holds a Master of Business Administration from Michigan State University and a Bachelor of Fine Arts in Industrial Design from the College for Creative Studies in Detroit.

Fenzi joined Comau in 2001 and has held a variety positions with increasing responsibility, most recently as Systems – Comau COO and Head of NAFTA Region. He graduated from the Politecnico of Milan with a degree in Mechanical Engineering.

Both appointments are effective immediately.