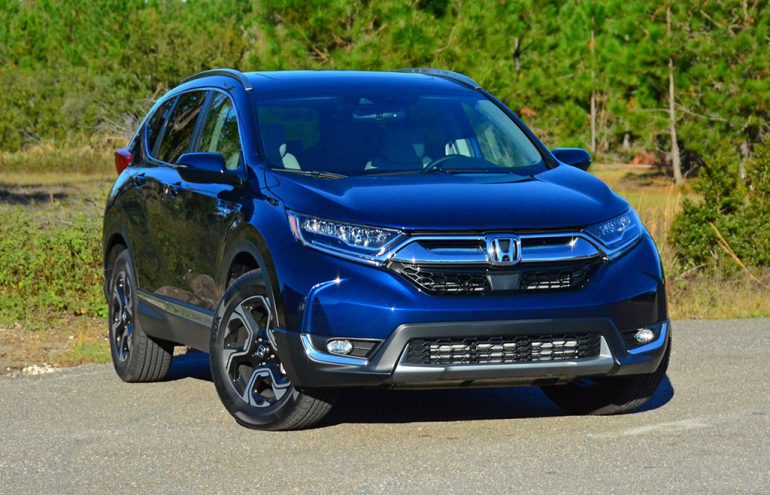 If there is any single commonality amongst mainstream automobiles, it is that they have all grown into larger proportions nearly escaping their known segment. One crossover utility vehicle to make the best use of its growing size is the Honda CR-V, which has also cleverly gained new safety tech and an excellent drivability trait that has captivated awards for its 2018 model year after a 2017 redesign.

>> Get the best price on the Honda CR-V from a network of local dealers now. << 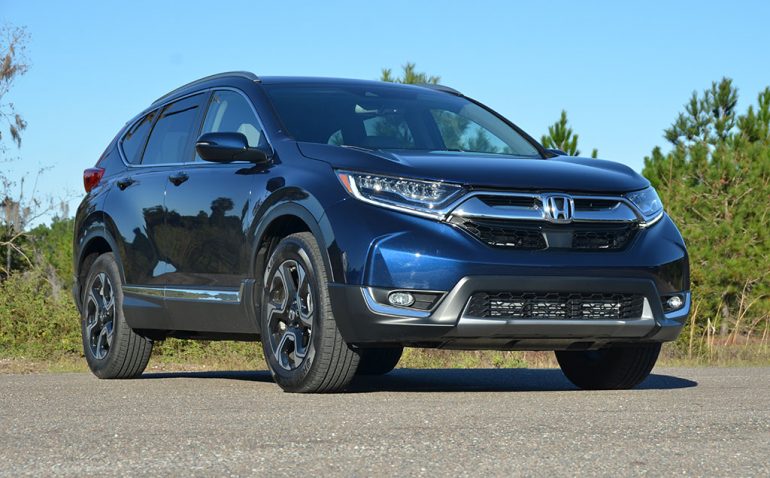 The new 2018 Honda CR-V is carried over from the 2017 model year when it received a redesign. Literally riding off of its redesign is a new exterior and interior that carries a tradition of being on the conservative side of things but improves upon many areas to capture a car-like feel when driving and several notable amenities to inspire a larger audience. In that, the new 2018 Honda CR-V is quieter, more spacious, and refined than ever. 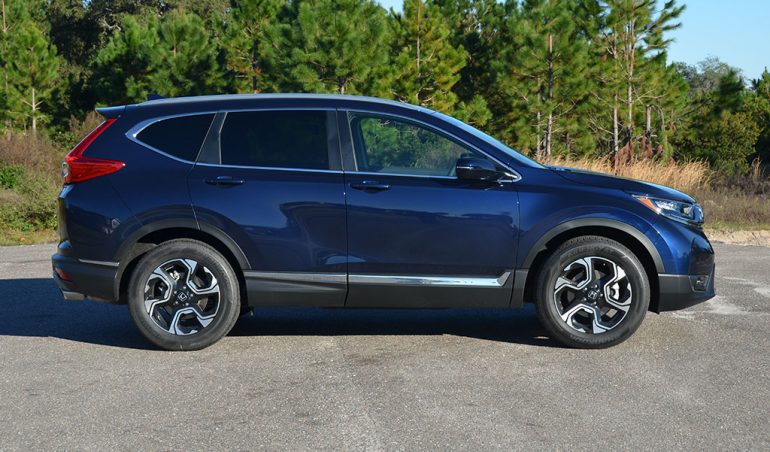 Utilizing the CR-V’s stablemate’s powertrain, the Honda Civic’s highly praised 1.5-liter turbocharged 4-cylinder engine re-tuned with 190 horsepower at 5,600 rpm and 179 ft-lbs. of torque at 2,000 rpm, the CR-V is a respectable performer despite its heavier curb weight over the Civic. Being a versatile crossover and one that can serve as an alternative to many larger or midsized crossovers, the CR-V tends to win over many in its class. 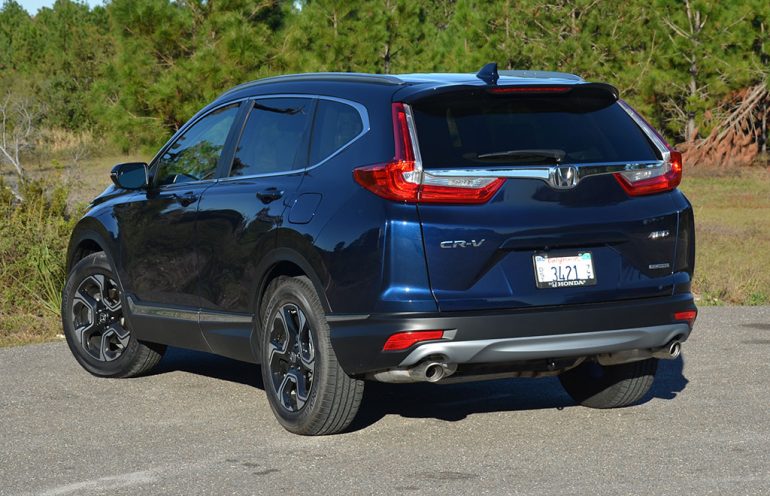 The 1.5-liter turbocharged 4-cylinder engine, the only powerplant available for the new CR-V, gets mated to a Continuously Variable Transmission (CVT) that performs quite well even when additional power is demanded. Though, the one downfall for the CR-V’s performance is the CVT tends to lag behind the optimal ratio up to mid throttle applications. Fundamentally, the CR-V often required full throttle to get things in the mood for overtaking other vehicles or jumping into traffic. It’s not to say that the CR-V was slow by any means or in need of additional oomph, it was more along the lines of the throttle position seeming to be lagging or in need of an advancement up to about three-fourths of the way to the floor. Regardless, at three-fourths throttle to full throttle, the CR-V responded with surging power and a nice kick from the spooling turbo delivering respectable mid-range torque. 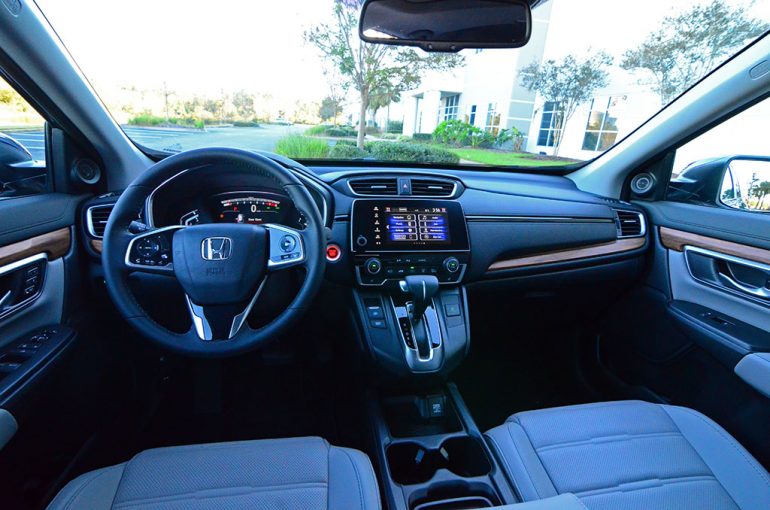 Observing ride quality, I find that the CR-V feels well balanced and competent to most road surfaces. The front-wheel-drive bias is felt as the front wheels may momentarily break loose amid full throttle out of the hole or out of a turn following up with a subtle transfer of power to the rear wheels. For the most part, the CR-V is nicely mannered, and there aren’t any surprises. Getting up to 60 mph from a stop takes about 7.5 seconds, a much-improved figure over the previous generation CR-V. Moreover, the CR-V manages its faster acceleration all the while getting better gas mileage with an EPA-estimated 27 mpg city, 33 mpg highway, and 29 mpg combined. I noticed that the EPA figures were easily attainable getting just over 33 mpg on the highway. Though, around town, I observed quite the opposite getting just over 23 mpg. 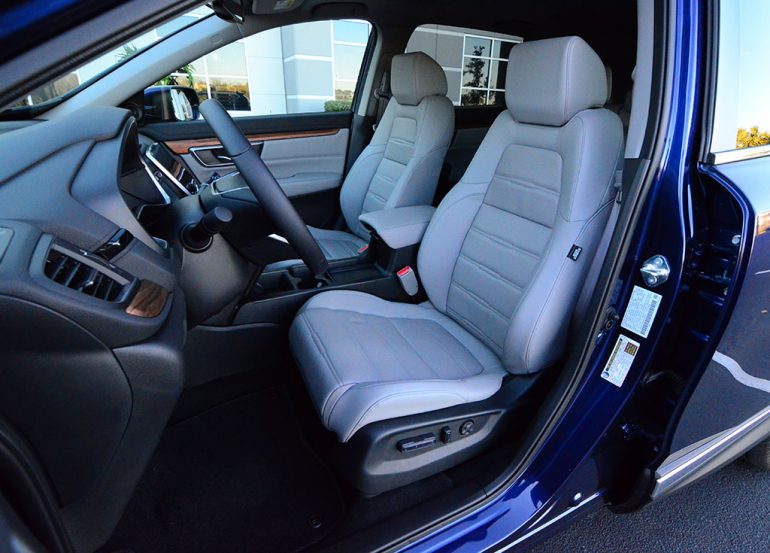 There isn’t much that was compromised in the CR-V, which welcomed its deserved accolades in receiving the Motor Trend SUV of the year award, which is a second time capturing the award after its 2015 SUV of the year title. The overall appearance of the new CR-V has some aggressive lines but overall fit the common mold of today’s crossover in the compact segment. Balancing out its prominence over the rest of the competition, the CR-V touts class-leading cargo space with 39.2 cubic feet when the rear seats are up in place. Putting the 60/40 split seatbacks down opens the cargo space to 75.8 cubic feet, which can be accessed through a power rear tailgate with hands-free access in the Touring trim and just a power tailgate without hands-free access in the EX-L trim. 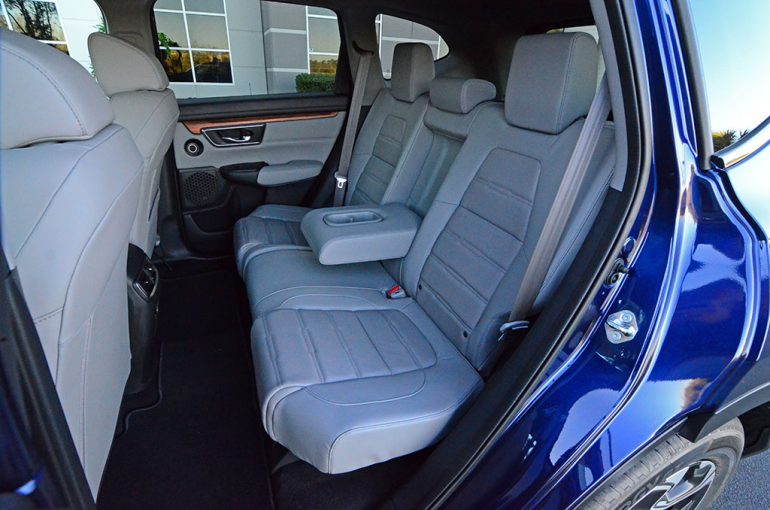 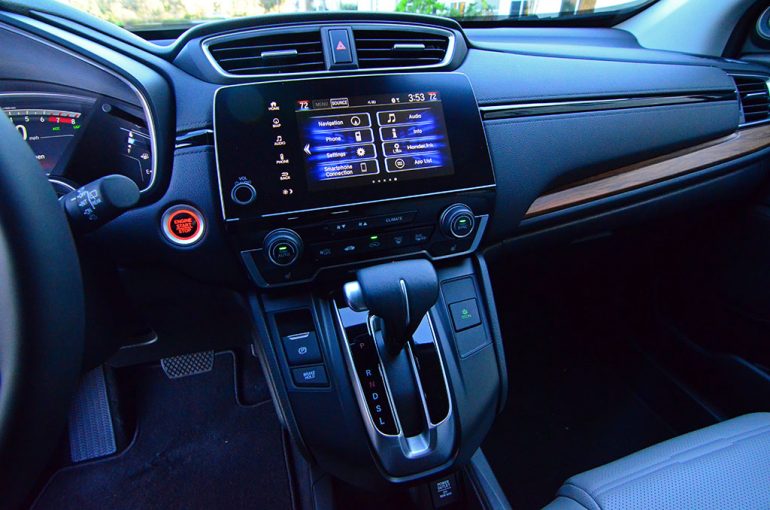 The seating proportions of the new CR-V rival that of midsized crossovers and tend to earn merits for the level of comfort. I found that the seating positions are optimal but may take a few adjustments of the 12-way power driver’s seat with seat memory settings. The front passenger’s seat makes due with a 4-way power adjustment. The leather-trimmed seats, heated up front, conform enough to your hind parts and have just enough lateral-supporting bolstering for most tastes. 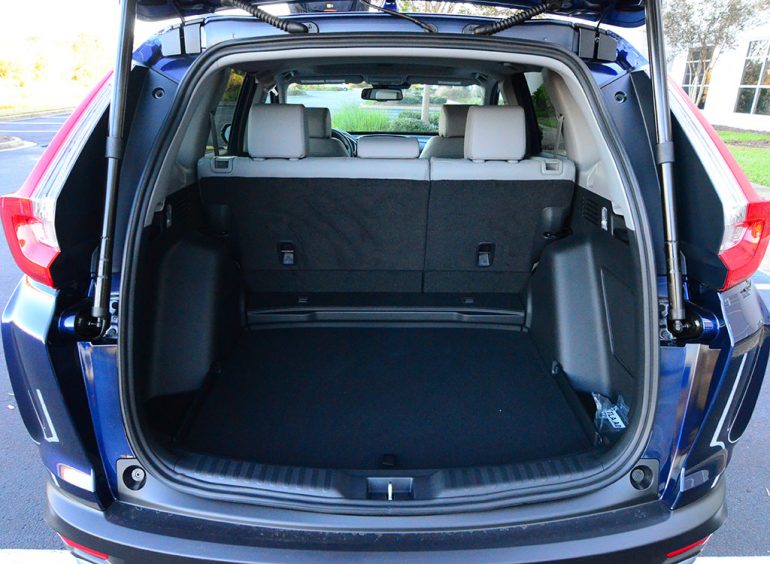 Much of the CR-V’s upper dashboard is soft-touch but the lower beltline remains to be mostly hard plastics. There is a minimalistic approach to the interior design but is perceived as a quality cabin due to the excellent fit and finish, nearly taking a page from Honda’s luxury-inspired Acura brand. Many of the controls are easily reachable and the use of a volume knob goes the distance to appease those who missed such in older iterations of Honda’s touch-screen infotainment system. The Honda CR-V’s infotainment responds well to inputs and there isn’t much confusion to using the menu sets. The use of Apple CarPlay and Android auto is the icing on the cake for smartphone integration and ease of use for additional connectivity. In all, there is a looming awkwardness to use of the system deep in some of the settings but is mostly overshadowed by the use of its basic features instead of deep menu settings. 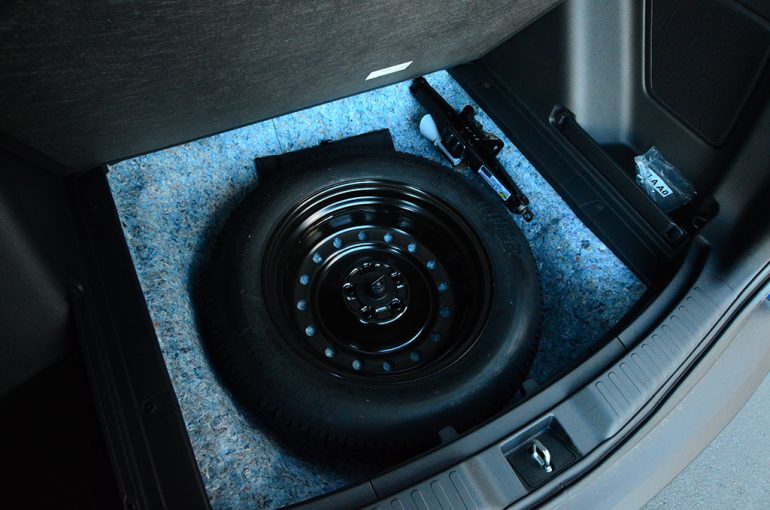 In the full spectrum of hot-selling crossovers, there is a lot to choose from, and the list is growing steadily leaving sedan sales in the dust. The 2018 Honda CR-V continuing a path that has already been laid out since the CR-V’s conception over 22 years ago, has set a benchmark for compact crossovers and continues the same path to do it all over again with the latest generation.

At the starting price of $24,150 for the new 2018 Honda CR-V LX FWD, the CR-V remains to be an attractive buy. Topping out at the upper trim level the price climbs to an as-tested $35,025, including a $975 destination and handling charge.

>> Get the best price on the Honda CR-V from a network of local dealers now. <<