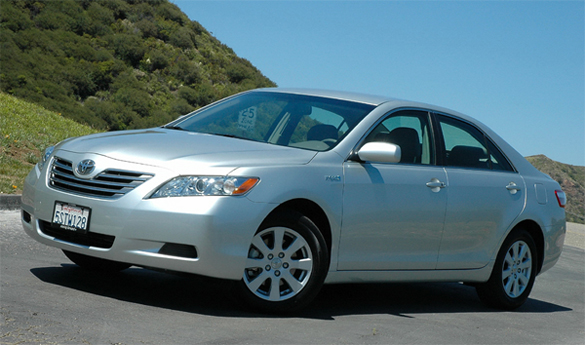 Today Toyota announced that they will replace the accelerator pedals on upwards of 3.8 million Toyota and Lexus vehicles that have been recalled in the U.S. This new move is to prevent and put to rest the problem where floor mats affected vehicles in several “unintentional” acceleration events and unfortunate accidents. For additional information please view the full press release below.

The affected Toyota and Lexus models include the following:

The National Highway Traffic Safety Administration today announced that Toyota has identified a vehicle-based remedy to fix a sudden acceleration safety issue involving floor mats trapping accelerator pedals in various Toyota and Lexus models. Toyota announced the recall of these vehicles in early October and said it would soon develop a vehicle-based remedy to reduce the risk of a crash due to accelerator pedal entrapment.

NHTSA said Toyota plans to reconfigure the accelerator pedal, and in some cases the shape of the floor surface under the pedal, to address the risk of pedal entrapment due to floor mat interference, particularly with regard to inappropriate or improperly attached floor mats. At the same time, Toyota will develop replacement pedals for these vehicles, which will become available for some models in April 2010. Toyota will provide owners with the new pedal, when it becomes available, even if the vehicle has already received the modified pedal under the recall.

In addition, vehicles with any genuine Toyota or Lexus accessory all-weather floor mats will be provided with newly-designed replacement driver- and front-passenger side all-weather mats.

NHTSA also said that Toyota will, in addition to these announced vehicle-based remedies, install a brake override system on the involved Camry, Avalon and Lexus ES 350, IS 350 and IS 250 models as an “extra measure of confidence.” The brake override system would ensure the vehicle would stop if both the brake and the accelerator pedals are simultaneously applied. NHTSA is particularly pleased that Toyota is taking this additional step.

NHTSA said that Toyota intends to notify vehicle owners on a rolling basis, starting with owners of the ES 350, Camry, and Avalon vehicles. While awaiting Toyota’s notification, NHTSA urges owners to remove all removable driver’s side floor mats and not replace them until their vehicles have received the remedies being provided by Toyota. Toyota will begin making the necessary fixes to the recalled vehicles beginning early in 2010, perhaps in January. Initially, Toyota dealers will be instructed on how to reshape existing accelerator pedals. Later, replacement accelerator pedals will be available for installation on vehicles not yet remedied or, if the owner so chooses, even to replace the modified pedals.

Toyota Announces Details of Remedy to Address Potential Accelerator Pedal Entrapment
Torrance, Calif., November 25, 2009 – – Toyota Motor Sales, U.S.A., Inc. (TMS) announced today details of the vehicle-based remedy to address the root cause of the potential risk for floor mat entrapment of accelerator pedals in certain Toyota and Lexus models. Toyota issued a consumer safety advisory on September 29 on this issue and has, as an interim measure, commenced the mailing of safety notices to certain Toyota and Lexus owners on October 30.

The specific measures of the vehicle-based remedy are as follows:

1. The shape of the accelerator pedal will be reconfigured to address the risk of floor mat entrapment, even when an older-design all-weather floor mat or other inappropriate floor mat is improperly attached, or is placed on top of another floor mat. For the ES350, Camry, and Avalon models involved, the shape of the floor surface underneath will also be reconfigured to increase the space between the accelerator pedal and the floor.

In addition, as a separate measure independent of the vehicle-based remedy, Toyota will install a brake override system onto the involved Camry, Avalon, and Lexus ES 350, IS350 and IS 250 models as an extra measure of confidence. This system cuts engine power in case of simultaneous application of both the accelerator and brake pedals.

Toyota is in the process of completing development of these actions and for the ES350, Camry, and Avalon will start notifying owners of the involved vehicles via first-class mail by the end of this year. The remedy process regarding the other five models will occur on a rolling schedule during 2010.

Dealers will be trained and equipped to make the necessary modifications to these models starting at the beginning of 2010. Initially, dealers will be instructed on how to reshape the accelerator pedal for the repair. As replacement parts with the same shape as the modified pedal become available, they will be made available to dealers for the repair, beginning around April 2010. Customers who have had the remedy completed will have the opportunity to receive a new pedal if they desire.

In the meantime, owners of the involved vehicles are asked to take out any removable driver’s floor mat and not replace it with any other floor mat until they are notified of the vehicle-based remedy, as notified in the consumer safety advisory and the interim notice.

The brake override system will be made standard equipment throughout the Toyota and Lexus product lines starting with January 2010 production of ES350 and Camry and is scheduled to be incorporated into new production of most models by the end of 2010.

The safety of our owners and the public is our utmost concern and Toyota has and will continue to thoroughly investigate and take appropriate measures to address any defect trends that are identified.

Owners who have further questions are asked to visit www.toyota.com or www.lexus.com or contact the Toyota Customer Experience Center at 1-800-331-4331 or Lexus Customer Assistance at 1-800-295-3987.