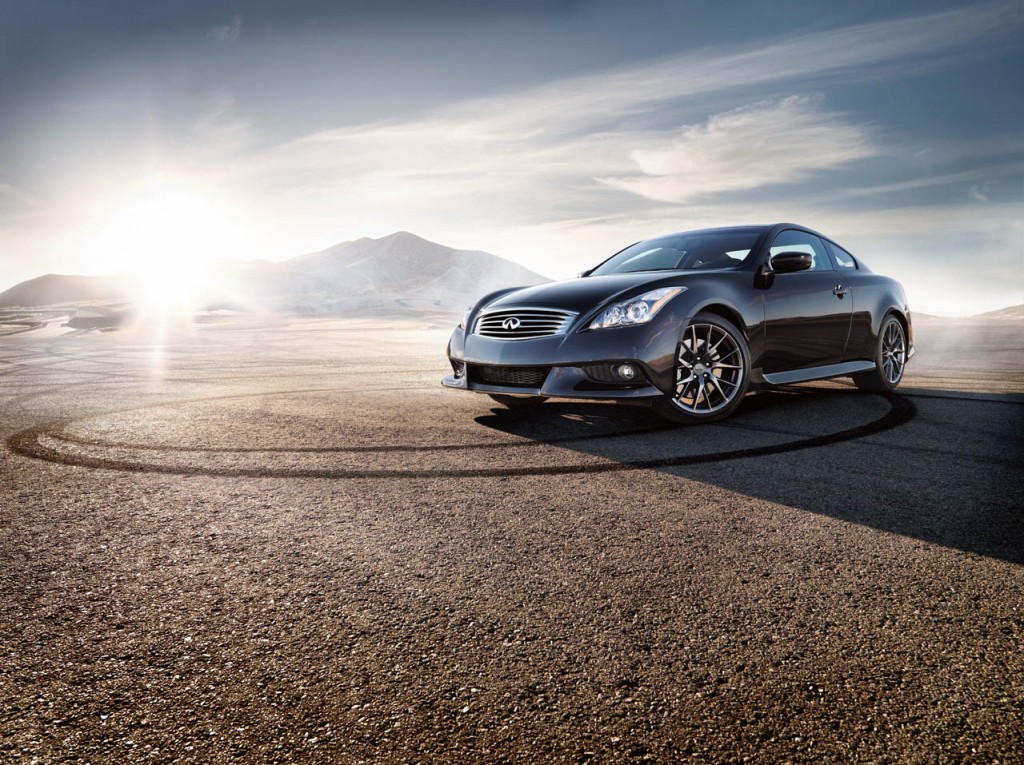 Infiniti, Nissan’s luxury brand, has proven where they belong in the mix of the automotive world. To further ensure consumers where Infiniti would like to position themselves, they have released a new Infiniti Performance Line (IPL) starting with the Infiniti G Coupe.

Other brands that Infiniti seems to chase after, such as Mercedes-Benz and BMW, have a long history of making a performance line of vehicles that really set themselves off from the rest of the lineup. Some feel that the Infiniti Performance Line has fallen short of its competition when you consider what BMW’s M division and Benz’s AMG line have done by offering completely different powerplants that in contrast, pack much more than the IPL G Coupe’s touted 18hp over the G37 Coupe. I am not sure about you but an extra 18hp is not going to do it for me. Granted, in any performance line of vehicles horsepower is not everything. Maybe that is why the IPL G Coupe also incorporates retuned suspension (increases spring rates by as much as 20%), a limited slip differential, newly sleek styling, and a close ratio short-shifter six-speed manual transmission.

What is even more mind-boggling is the conception of the IPL comes from the same company that makes the Nissan GT-R. Couldn’t Infiniti have injected a bit more “performance” into the first introduced IPL car? Hopefully the price of the IPL G Coupe, which has not been released yet, is not too much of a premium. After all, the IPL G Coupe so far sounds like a hyped-up sport package.

Maybe a new Infiniti M IPL will be a winner. We will have to wait and see.

The Infiniti Performance Line, or IPL, offers a new level of premium performance for Infiniti vehicles, focusing not just on engine power and acceleration, but also on redefining total vehicle performance. IPL promises unique driving attributes with exclusive designs, different from other Infiniti models in each selected Infiniti line. The 2011 IPL G Coupe is the first of what is expected to be a range of IPL performance vehicles in the future.

Infiniti Performance Line vehicles are targeted at buyers seeking performance luxury vehicles that express a greater degree of individual style. The limited production IPL vehicles begin with Infiniti’s legendary emotional design and Japanese craftsmanship – and then heighten the luxury and performance levels through modifications to the exterior, interior, engine tuning and suspension.

IPL models will be identified by a special engine cover and trunklid badging. The IPL emblem is designed to reinforce the strong message and spirit of IPL. The letter “I” features a red insert representing sporty spirit, while the Infiniti-violet “shadow” behind the letter appears like an Infiniti flag to indicate the brand’s Inspired Performance promise.

The IPL-tuned high-flow exhaust is a full dual exhaust design with independent left and right large diameter pipes. The muffler’s inner structure and materials have been maximized to reduce pressure and provide an appropriate performance exhaust note. The result is a 30% reduction in exhaust pressure versus a base G Coupe’s Y-pipe exhaust system design.

The IPL G Coupe’s advanced VQ37HR 3.7-liter V6 engine management system has been recalibrated through air-fuel mixture and ignition timing optimization, raising the maximum horsepower output point to 7,400 rpm (from 7,000 rpm). To obtain a natural acceleration feel, the torque curve from low revs to the maximum torque point (5,200 rpm) was tuned for linearity. As a result of both the exhaust system and engine management changes, the IPL G Coupe generates 348 horsepower – an increase of 18 horsepower over the non-IPL models – and 276 lb-ft of torque (+6 lb-ft).

“When you drive the IPL G Coupe, the first thing you notice is the surge in sound and acceleration feel. The inspiring swell of sound is in complete harmony with the acceleration feel as engine speed increases,” said Poore. “The sound is clean and inspiring, adding to the fun-to-drive sensation provided by the 348 horsepower under the hood.”

Equally inspiring is the IPL G Coupe’s dynamic vehicle performance, which focuses on providing confident handling, flat ride and smooth ride comfort. The IPL suspension tuning and damping management philosophy is designed to optimize each aspect of the suspension, effectively connecting the driver to the road surface while removing uncomfortable vibrations. Front spring rates have been increased 20% over the base G Coupe and rear spring rates increased 10%. Shock tuning has also been adjusted to reach a new premium performance standard.