BMW Films: The Hire – An Oldie But Goodie 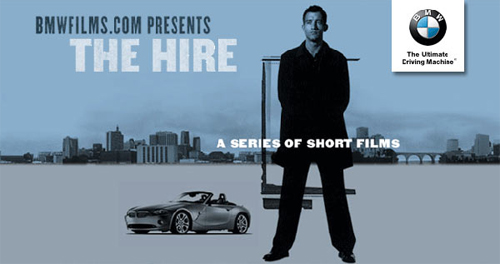 In 2001 and 2002 BMW set out to produce, through various film directors including John Woo and others, a series of BMW Films developed exclusively for the internet that included some of the most entertaining car drives/chases on film today. The movie clips consisted of 8 short films split into two series that first aired over the internet via bmwfilms.com.

The main film star, Clive Owen, has gone on to other film projects while other stars such as Madonna, in film “Star”, is in a divorce battle with the film director of this series, Guy Richie . Another notable appearance was the late James Brown in the season 2 “Beat the Devil” film.

Even though the film series has aged to a ripe 7 years old, it is still a big hit among automotive enthusiasts or “Automotive Addicts”. We have included all 8 of the films including the making of the films via YouTube user “abmwfan” below after the jump. Sit back, reminisce and enjoy the films. Oh, if you have never seen them then we are glad we are able to share these remarkable clips with you. Enjoy!

BMW Films – The Hire – Making Of