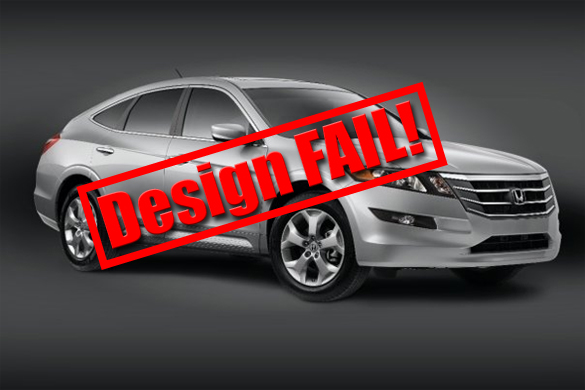 Only a mother could love the looks of the new Honda Crosstour. Yes Honda, I said it. From the many Facebook responses on Honda’s Accord Crosstour Facebook page you would think it is a debate over the already-confusing healthcare plan from President Obama, but we won’t open that can of worms.

There are so many negative comments and “ugly” posts on the Accord Crosstour Facebook page that Honda had to come back with some type of “explanation”. Although a poor attempt by Honda to “clear” things up, they made a valid attempt to explain to the fans that the new Crosstour was something designed for those in the market for a crossover and it was built off of the US spec Accord and not the TSX aka Euro spec Accord Wagon. Sure Honda, yea, that makes me feel all so better about the design now. Yea, the Crosstour is the best looking crossover I have seen to date. NOT.

Below is the “Message to Fans” posted just recently on the Accord Crosstour Facebook page.

Hi, Facebook fans. We’re listening, and we want to address a few things you’ve been talking about over the past few days.

Thank you for all of the interest, and we’ll be in touch again soon…