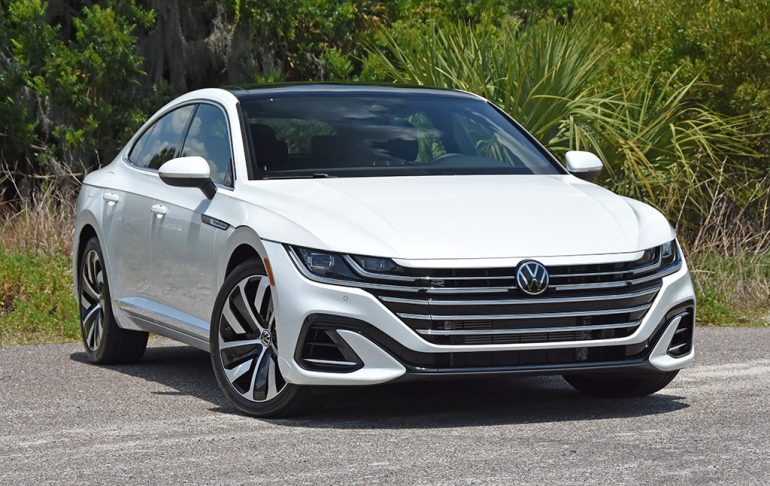 I’ve always given automakers the proper recognition for keeping their lineup of vehicles fresh even after a couple of years after a new model is introduced. Volkswagen seems to be keeping with such a notion when it comes to their premium and near-luxury Arteon sedan, a quite unique vehicle that doesn’t get as much attention as it should.

For the 2021 model year, the VW Arteon is slightly refreshed with a slightly restyled grille and LED lighting up front, a new dashboard design with an updated touch-capacitive automatic climate control setup, and an updated MIB3 infotainment system that now features wireless Apple CarPlay and Android Auto as standard features. The bits that I enjoyed in my first encounter with the Arteon when it was introduced a couple of years ago is its near-luxury ride and near-luxury interior appointments along with the unique coupe-like and hatchback styling. 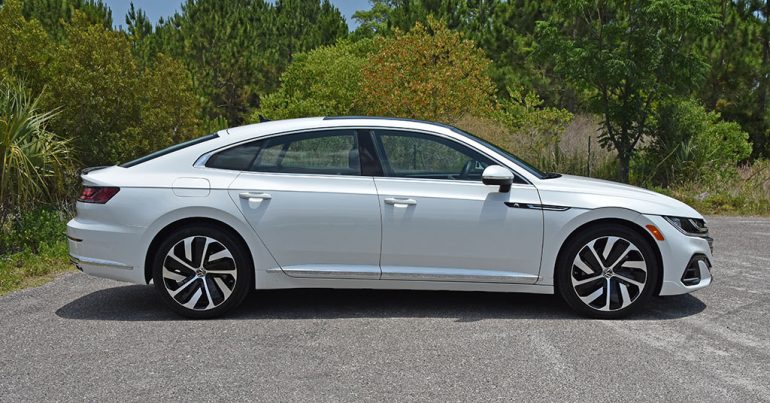 In a way, the VW Arteon reminds me of a combination of a Storm Trooper and Kylo Ren’s face mask when looking upon the vehicle from the front. I may have said such in my last review of the Arteon, but such remains to be the same even with the 2021’s slight refresh. Otherwise, the Arteon does the while styling thing on its own terms avoiding any replication of any other vehicle, other than borrowing some cues from coupe-styled-sedans, a concept and trend I still scratch my head about.

Powering the VW Arteon as the sole powertrain for all trim levels is the brand’s 2.0-liter turbocharged 4-cylinder engine, which is a good choice considering it has a decent output of 268 horsepower and 258 lb-ft of torque, which is sent through an 8-speed automatic transmission and 4MOTION all-wheel-drive system. One thing to note about the transmission – even though it is direct in its feel and connection, it still responds somewhat slow to down-shift upon heavy throttle applications. The all-wheel-drive of the Arteon helps it feel more planted without unwanted front wheelspin, which would easily happen if it were not for the 4MOTION setup. The adaptive suspension dampers are what really makes the Arteon feel luxurious with the ability to dial-up several dampening settings via the Customized drive mode setting, not just left with the three default settings via the Comfort, Normal, and Sport drive modes. Here the Arteon can feel like a luxury sedan or more of a sports sedan but never overly harsh. Zero to 60 mph ticks off at about 6.6 seconds and EPA estimated fuel consumption numbers are on par for such a vehicle at 20 mpg city, 31 mpg highway, and 24 mpg combined for my Arteon SEL R-Line 4MOTION test vehicle. 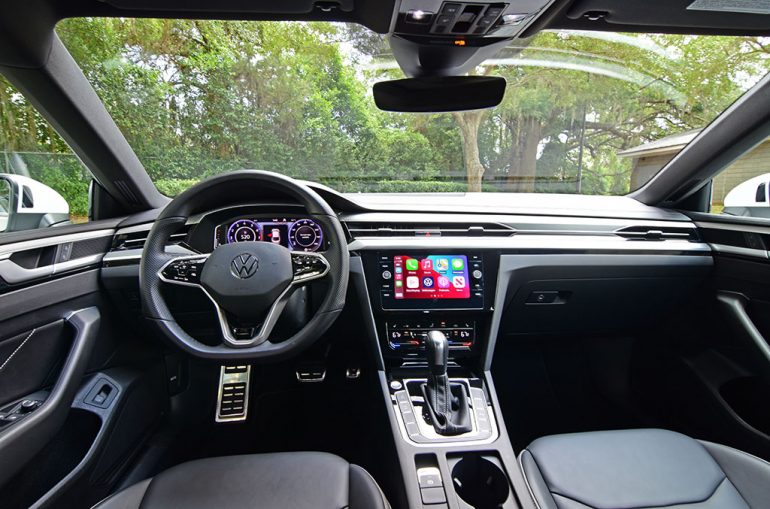 There’s the return of all else I enjoyed about the Arteon a couple of years ago in the long list of equipment, including the highlights of the configurable 12-inch digital driver display that’s somewhat similar to that of Audi’s virtual cockpit display, LED lighting, a tri-zone automatic climate control, panoramic sunroof, and the unique styling with 19-inch wheels or the larger 20’s of you opt for the SEL R-Line trim. 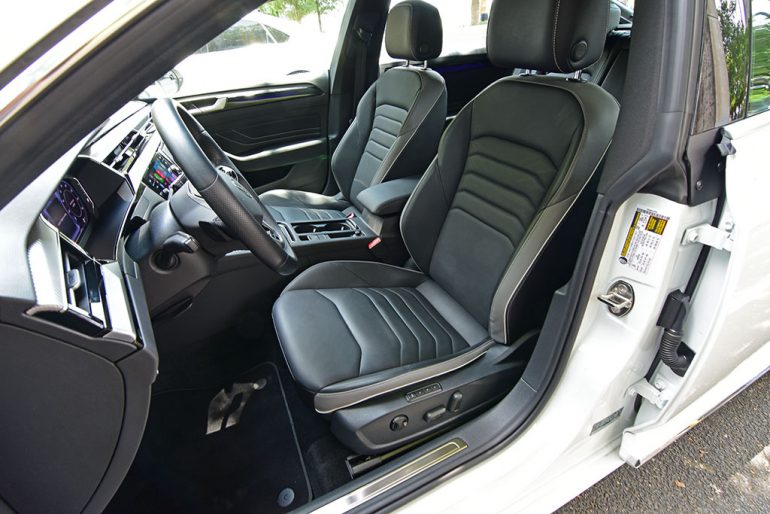 Seating areas are surprisingly comfy but tall rear passengers will need to look out for bumping their head on the low sloping roofline out back. There’s plenty of other welcomed features, such as remote start, adjustable ambient interior LED lighting, wireless phone charging, adaptive LED headlights, a bevy of active safety features, and an updated 8-inch infotainment unit that would often have software bugs and hard system restarts when driving. Hopefully, VW can work out those bugs because they happened more often than I would like almost to the point of being distracting. 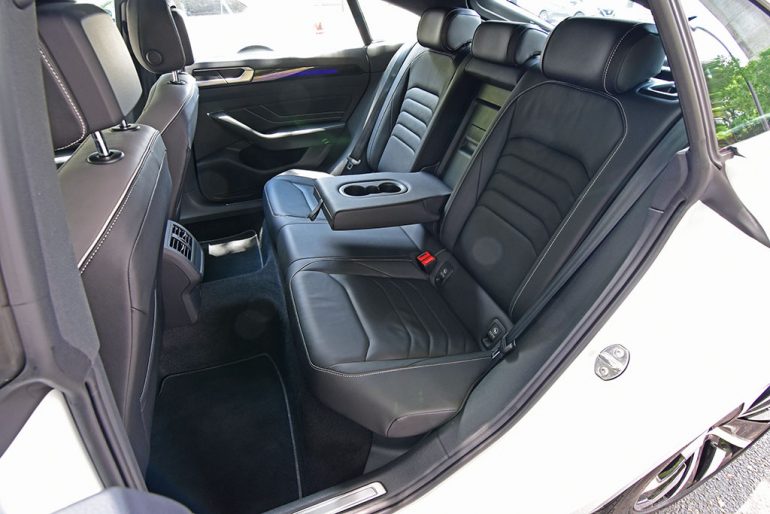 The latest Volkswagen Arteon, despite it being somewhat of an underdog and a vehicle that doesn’t get much attention, is a surprising and unique offering that could easily pass for a luxury sedan. One of the few faults remains to be its pricing where it doesn’t wear a luxury badge but may get shortsighted at the as-tested price of $44,985. However, some will find value in the Arteon as it brings entry-level luxury goods in a unique package to the forefront.