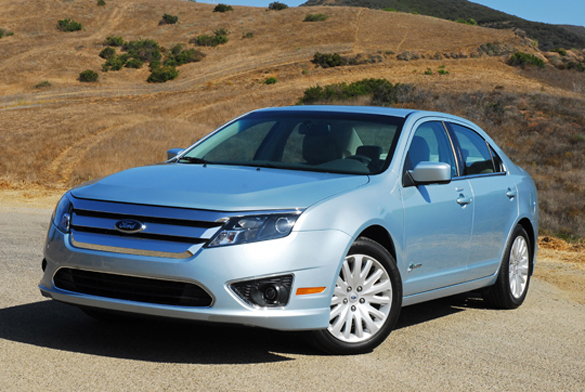 Ever have one of those “WTF” kinda days? Well, that would be me today after I get the announcement for one of the winners of 2010 North American Car & Truck of the Year. Enough about me, the winners are the 2010 Ford Fusion Hybrid and the 2010 Ford Transit Connect. 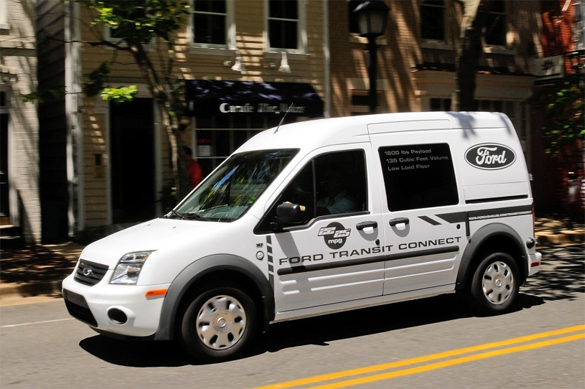 Last year I was cool with the decision to crown the Hyundai Genesis and Ford F-150 as I was in previous years. Okay, great, excellent vehicles. My only gripe this year would be the Ford Transit Connect. Maybe I am a bit biased about the “common” cars that I see on the road in the United States of America. I am just a little shocked, that’s all.

The winner for the North American car of the Year is great in my opinion. I am all for the new Fusion and not to mention the new Ford Sync system you can get in the new Fusion, it is just awesome. But you are probably not too concerned about what I think. I want to know what YOU think. Post your comments below!

FORD SWEEPS N.A. CAR AND TRUCK OF THE YEAR AWARDS

* Ford swept the North American Car and Truck of the Year awards today at the North American International Auto Show (NAIAS), winning both prestigious awards for the
2010 Ford Fusion Hybrid and the 2010 Ford Transit Connect, respectively
* It is the third time in 17 years that one manufacturer has won both awards
* The Ford Fusion Hybrid is America’s most fuel-efficient midsize sedan with an EPA-estimated 41 mpg rating in the city and 36 mpg on the highway, topping the Toyota Camry hybrid by 8 mpg in the city and 2 mpg on the highway
* The Transit Connect is an industry-exclusive vehicle developed to be a smart new choice for small business owners; it offers double the fuel economy of full-size vans, generous and accessible cargo space, and the agility and maneuverability to operate in crowded urban areas

“Winning both of these prestigious awards is confirmation that the ONE Ford plan is working, delivering industry-leading products for our customers,” said Mark Fields, president of
The Americas.

The North American Car and Truck of the Year awards recognize vehicles based on factors including innovation, design, safety, handling, driver satisfaction and value for the dollar. A jury of 49 automotive journalists in the United States and Canada vote for the vehicles, which must be “all-new” or “substantially changed” from the previous model to qualify for the award.

The Transit Connect bested finalists including the Chevrolet Equinox and Subaru Outback to win the North American Truck of the Year award. It is the sixth Ford truck to win the award – the most wins of any automaker in the 17-year history of the awards program. It also is the second year in a row that Ford has captured the title. Last year, top honors went to the 2009 Ford F-150.

Fusion Hybrid a winner out of the gate
The North American Car of the Year award is the latest in an impressive string of awards and accolades for the Fusion Hybrid. Most recently, the vehicle was honored as CAR and DRIVER Magazine’s “10Best” Cars for 2010, one of AUTOMOBILE Magazine’s 2010 All-Stars, and the entire Fusion lineup captured the acclaimed MOTOR TREND Car of the Year® award.

The all-new Fusion Hybrid arrived in dealers in March, complete with a powertrain system that combines the best attributes of the gasoline engine and electric battery-driven motors to deliver the optimal experience for the customer in terms of driving performance and fuel economy.
The Fusion Hybrid also offers drivers a way to be more connected to the hybrid driving experience thanks to Ford’s SmartGauge™ with EcoGuide, a unique instrument cluster execution that helps coach them on how to optimize the performance of their hybrid.

Other class-exclusive technologies and features that set the Fusion Hybrid apart from the competition include Blind Spot Information System (BLIS®), Ford SYNC®, SIRIUS Travel Link™ and more total passenger and luggage capacity than the Toyota Camry.

Despite the slump in overall industry sales, 2009 was a record-breaking year for the Ford Fusion. Sales are at an all-time high, with the Fusion Hybrid accounting for almost 20 percent of total Fusion retail sales. Perhaps even more significant, more than 60 percent of Fusion Hybrid sales have been to customers coming from import brands – mostly Toyota and Honda.

Awards and accolades for the 2010 Ford Fusion Hybrid include:

* MOTOR TREND Car of the Year Award
* One of CAR and DRIVER Magazine’s “10Best” Cars for 2010
* One of AUTOMOBILE Magazine’s 2010 All-Stars
* 2009 “Top Safety Pick” rating from the Insurance Institute for Highway Safety
* 2009 Ward’s Interior of the Year Special Achievement Award for Best Graphic Display for SmartGauge with EcoGuide digital instrument cluster
* Great Car for the Long-haul Salesman by Kelley Blue Book kbb.com
* One of America’s Top 40 New Cars by MOTOR TREND magazine
* Rated the No. 1 Hybrid Family Sedan by CAR and DRIVER in a recent comparison test by the magazine
* 2009 and 2010 Editors Choice for Fuel Sipper by CAR and DRIVER Magazine
* Best Hybrid for the Money in the Midsize Car segment by cars.com
* One of 2009 Top 10 Green Cars by Kelley Blue Book kbb.com
* The Detroit News Readers’ Choice Award for “Best Value”
* 2010 Consumers Digest Best Buy
* Detroit Free Press 2010 Car of the Year
* 2010 Most Environmentally Progressive Car of the Year by Earth, Wind & Power
* 10 Best Engine by Ward’s Auto World

The 2010 Fusion Hybrid is built at Ford’s Hermosillo (Mexico) Stamping and Assembly Plant.

Powered by a 2.0-liter I-4 engine with a four-speed automatic overdrive transmission, the
Transit Connect offers double the fuel economy of full-size vans, delivering an EPA-estimated 22 mpg city and 25 mpg highway.

The Transit Connect also has more than double the cargo-carrying capacity of the Chevrolet HHR Panel, making it suitable for a broader range of commercial-use applications. And it offers commercial users a cargo payload of up to 1,600 pounds – a larger payload than the full-size Dodge Ram 1500 standard-cab short-box pickup truck.

The Transit Connect also is available with the industry-exclusive Ford Work Solutions™, a suite of affordable technologies that provides customers with connectivity, flexibility, visibility and security to better run key aspects of their business.

Awards and accolades for the 2010 Ford Transit Connect include:

The 2010 Ford Transit Connect is built at the Ford Otosan Kocaeli Plant in Kocaeli, Turkey.