Will Buick Get Their Own Extended Range EV? 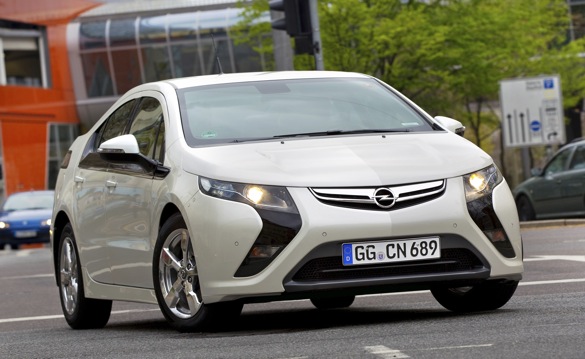 The U.S. market Chevy Volt is sold in the E.U. as the Opel Ampera. Aside from the name change, the exterior styling of the European version is different (and sharper, if you ask me), and I’m absolutely certain that Euros can’t opt for the Volt’s dysentery-green interior. That’s a good thing, since the green interior was the most hideous thing I’ve seen on a production automobile since the 1970s. Mechanically, the two are identical twins, once you factor in the differing safety requirements by market. Volt sales in the United States have yet to hit GM’s forecasted levels, so the automaker is considering options to expand the car’s appeal. One of the things on the table, according to Autoblog, is a Buick branded version of the Opel Ampera.

Buicks are up-range from Chevys, so a Buick Ampera (or whatever the final name is) would have to sell for more than a Chevy Volt. Since Buick buyers expect a certain ride quality (plush), the suspension would need re-tuning and the interior would need some serious dressing up. The touch-sensitive center stack in the Volt may work fine for Generation X buyers, but Buick’s demographic prefers knobs and buttons, thank you very much. As quiet as the Volt is on the road, it’s not Buick quiet, so the platform would be saddled with added weight in the form of sound deadening. In other words, it’s not quite as simple as sticking a Buick badge on the front and shipping inventory to dealers.

Price is an issue, since the Volt already starts at $41,000. I see the Volt coming south in price, with a Buick variant priced near the current Volt’s sticker. Range and performance would need to be the same or better, which would require GM engineers to look at ways to shave pounds off the current Ampera. It’s possible, but far from a done deal: if it happens at all, don’t expect the extended range EV in Buick showrooms before 2013.